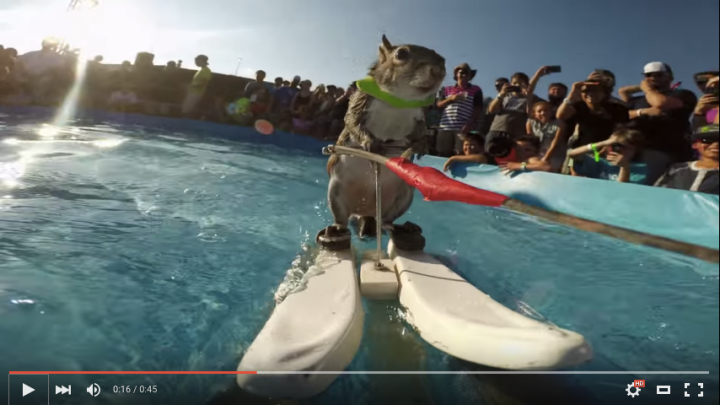 There’s nothing worse than watching a video of a cute little squirrel waterskiing behind a tiny remote-controlled motorboat in a boring old YouTube player interface when there’s a sleek and stylish new UI floating around out there. Now, thankfully, no one will be forced to experience that anguish any longer.

OK, fine… YouTube’s new video player interface really isn’t that big of a deal. YouTube is the most popular video portal on the planet by a ridiculously huge margin though, and the site’s player interface is seen by each and every one of the millions of people who watch YouTube videos each day.

YouTube’s UI has received a few facelifts over the years, but it was definitely starting to look a bit stale recently — especially if you consider how fresh and modern Google’s material design is. The new YouTube interface has been rolling out slowly over the past couple of months so some users have had access to it, but YouTube has finally announced that the rollout is complete.

To celebrate this major milestone, please enjoy the following video of Twiggy: