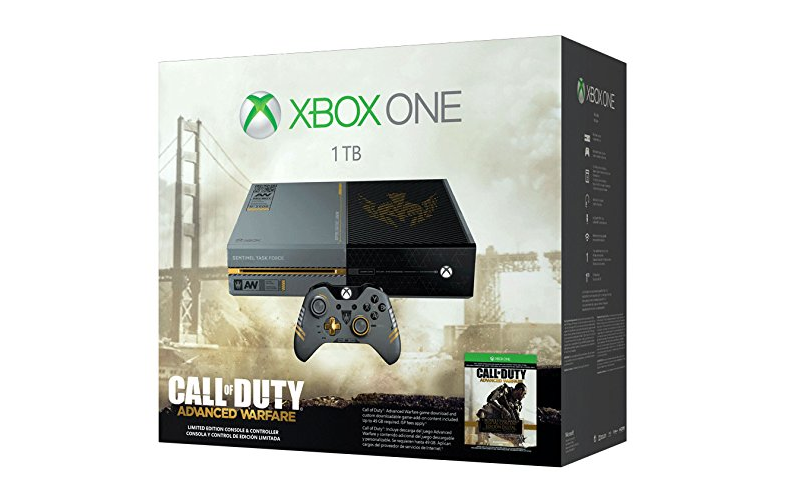 If you’re waiting until the holiday season to pick up an Xbox One, you’re going to have a wealth of options to choose from. The most appealing offer might be the long-awaited white Xbox One included in the Sunset Overdrive bundle, but Call of Duty fans have their own exclusive bundle to look forward to. Microsoft announced at Gamescom on Tuesday that it was teaming up with Activision to release a Call of Duty: Advanced Warfare-skinned Xbox One with a 1TB hard drive for $499.99 this fall.

Unlike the previous $500 Xbox One bundle, this one won’t come with Kinect, but it will feature 500GB of extra internal storage, a custom console and controller,  and a digital copy of the Call of Duty: Advanced Warfare Day Zero Edition with a limited edition exoskeleton.

Call of Duty: Advanced Warfare won’t be an Xbox One exclusive, but as has become tradition, Microsoft is going to ensure that its console gets as much content as possible from the latest entry in the series before players on the PlayStation 4 have access to it.

The bundle will be available on November 4th, 2014 alongside the release of Call of Duty: Advanced Warfare, but you can preorder right now at Amazon.