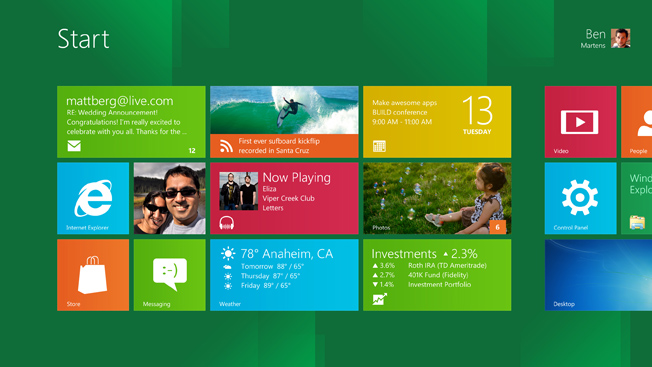 While the Windows 8.1 update is now available to users, Microsoft is already working on the next major desktop OS release, which could be ready by the end of the year, a Redditor said. However, he deleted his account since hosting an extensive ask-me-anything session on Reddit about Windows Phone 8.1 and upcoming Microsoft plans. Without revealing his identity, he did say he is a 15-year veteran Microsoft employee who’s working inside the operating systems group, with a moderator confirming it during the extensive chat.

“Windows (Windows Server, Windows Phone, Xbox, (unnamed thingy)) are going to take drops from our next release ‘Threshold’ which will be out like in October-December,” he said on Reddit. “The WinPhone team has had their asses handed to them and have been told to develop in parallel with us in the core OS group so I’d expect a 6-8 month ‘major’ update going forward,” he added.

However, he didn’t mention specific launch plans for Windows 9 or any of Microsoft’s OS updates for other platforms. Recent reports about Windows 9 said the new OS will be launched in April next year, with a hacker saying the RTM version of Windows 9 may be released this October.

In addition to mentioning “Threshold,” the Microsoft employee further teased Windows Phone and Xbox plans. He said that each major Windows Phone will feature “something new and cool.” “[…] generally, Xbox, Windows, Windows Phone, (new thingy I can’t talk about) will have a 6-8 month cadence on releases including new features, and of course immediate bug fixes and security fixes,” he added. However, he also said “Windows Phone 8.2/9/whatever marketing decides to call it is like 8-10 months away,” saying that he has seen what his colleagues are working on and that the update will pleasantly surprise users.

“I don’t work in the Windows Phone […] I’m in Windows Server. And we give zero fucks. We make windows server, Azure, Visual Studio. We make more money than Office for Microsoft… zero fucks are given around here,” he said when asked whether Windows Phone handsets are mandatory at Microsoft.” I choose WinPhone because it makes sense. We just need one device to rule them all… and my guess it’s going to be called ‘Surface’. I had an iPhone 4s for two years. No one cared,” he said.

He revealed that the next Windows Phone update may offer other video chat options than Skype and may allow users select a different default SMS app. Similarly, a new Facebook application is in the works and may be released in the future, as Facebook isn’t present in the messaging hub starting with Windows Phone 8.1. A file manager app may also be part of a future version of Windows Phone according to the programmer. The Microsoft employee also revealed that the company plans to fix its Bing search “problems,” to better compete with Google, although he wouldn’t say how that will happen. “You’re going to be surprised,” he teased.

He wasn’t shy about sharing Xbox One details either, saying the console will get background tasks and music in about 6 months.