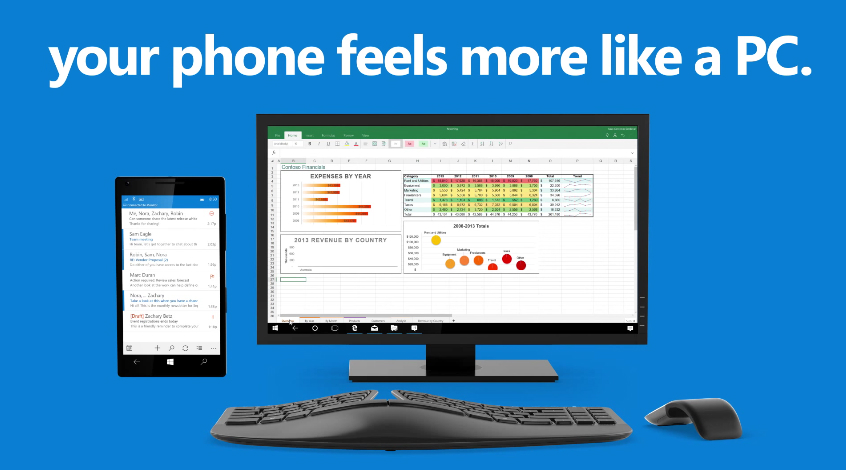 Microsoft unveiled a bunch of new Windows 10 products a few weeks ago, including new 2-in-1 Surface-branded laptops/tablets and high-end smartphones, the Lumia 950 series. Packing top-of-the-line hardware, the new smartphones are available in two flavors that are identical in every aspect aside from screen size, and come with a unique feature that other flagships from the competition don’t have.

Windows 10 Continuum is the functionality in question, which lets Microsoft turn a Lumia device into an almost full-fledged Windows 10 PC with the help of a handy dock. The dock allows users to connect a display and peripherals including keyboard and mouse to the smartphone and enjoy a desktop-like Windows 10 experience on the big screen.

Microsoft demoed Windows 10 Continuum at the event, using the Lumia 950, and the company is about to launch an ad campaign to focus on this particular feature. A leaked commercial that explains Windows 10 Continuum in less than a minute is already available on YouTube, with Microsoft, expected to launch it officially shortly, once Windows 10 Mobile becomes available to the public.

Interestingly, the ad doesn’t even mention the Lumia 950 by name, suggesting other existing Lumia devices might support the same functionality after receiving the Windows 10 update. WMPowerUser says that only the Lumia 950XL, Lumia 950 and the Acer Jade Primo will support the functionality. Even so, in a smartphone ecosystem where the principal actors tend to copy each other and eventually offer the same set of features, Microsoft’s Continuum is a trick that doesn’t have an equivalent on iPhone 6s or Nexus 5X