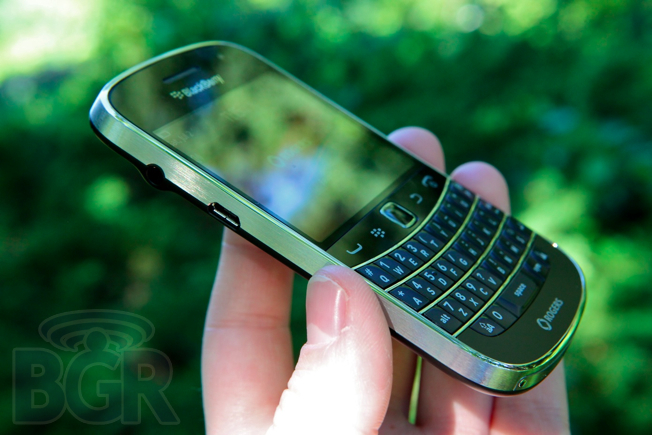 We don’t normally see smartphone vendors bring back three-year-old devices just to appease their user base, but then again BlackBerry is anything but normal. In an interview with CBCNews, Chen explained that one reason his company decided to renew manufacturing of the BlackBerry Bold 9900 was because keyboard-loving BlackBerry users rejected many of the changes that BlackBerry made to its keyboard setup with the BlackBerry Q10, particularly its decision to remove the trackpad and command keys from the phone to make room for a larger display.

“The customers, by and large, said two things to me,” Chen explained. “No. 1 [was] ‘I use this device as my serious productive tool and… you changed the interface on me, I’m not as productive’… So not only are we bringing back the [function key] belt but we’re bringing back some of the interface that you experienced and liked with the Bold.”

To appease these customers for the time being, BlackBerry will start cranking out Bold 9900s again, at least until BlackBerry gets its newer QWERTY-equipped smartphones up and running. When BGR reviewed the Bold 9900 way back in 2011, we said that while it was a nice device we couldn’t think of any reason to recommend that anyone buy it over an iPhone or top Android device. Three years later, we doubt that has changed.