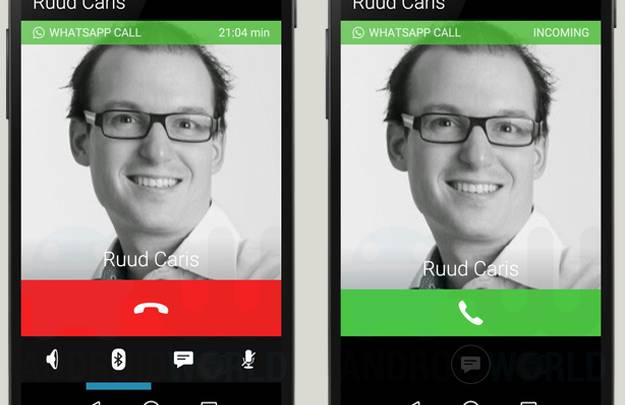 WhatsApp is one of the most popular messaging solutions on the planet. It’s so popular, in fact, that Facebook recently paid $22 billion to acquire it. There’s no question that WhatsApp was a pioneer that amassed a gigantic user base by being among the first companies to do a good job of bringing BlackBerry Messenger’s functionality to a cross-platform app. But unfortunately, WhatsApp has not done a good job of keeping pace with newer offerings in terms of adding popular new features to its app.

Android World has pulled apart the latest version of the WhatsApp app for Android, and was seemingly able to extract the layout of WhatsApp’s upcoming voice calling feature along with image files and text. Using these files, the blog pieced together screenshots that should show us exactly what to expect when voice calling finally arrives in an upcoming update.

There’s still no word on exactly when voice calling will be added to WhatsApp, but the following screenshots should show you exactly what you can expect.

For more images and details, follow the link below in our source section.