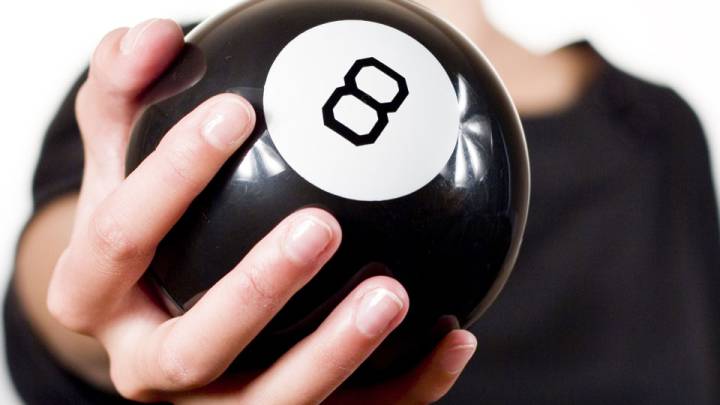 The “Magic 8 Ball” is a perfect example of a toy that has survived generation after generation thanks in large part to its simplicity. Ask a question, give the 8 Ball a shake, and mystic beings will break through from other realms to give you your answer. And of course, if you don’t like that answer, just give the toy another shake.

Not even the Magic 8 Ball’s inventor likely thought that such an inexpensive little novelty toy would have become so popular throughout the years. Even today though, the Magic 8 Ball is Amazon’s No. 1 best-selling item in the “Toy Activity & Play Balls” category. And at $8.00, it’s certainly affordable.

But the real mystery surrounding the toy is this: What’s inside a Magic 8 Ball?

While a number of young children throughout the years have answered that question for themselves by smashing one open, a recent popular thread on Reddit will solve the mystery without any violence or cleanup required.

As can be seen in the image below from the Reddit thread, the mysterious blue liquid inside the Magic 8 Ball doesn’t actually fill the whole toy. Instead, there is a cylinder in the middle that houses the fluid and the white icosahedron with all of the answers printed on it in raised lettering.

Of course, now we have a new question that needs to be answered: What’s inside that cylinder?

Thankfully, one Reddit user also provided a simple answer to that question by linking a great Magic 8 Ball teardown that is packed full of images. The full teardown can be seen here, and a few photos showing the end result can be found below.