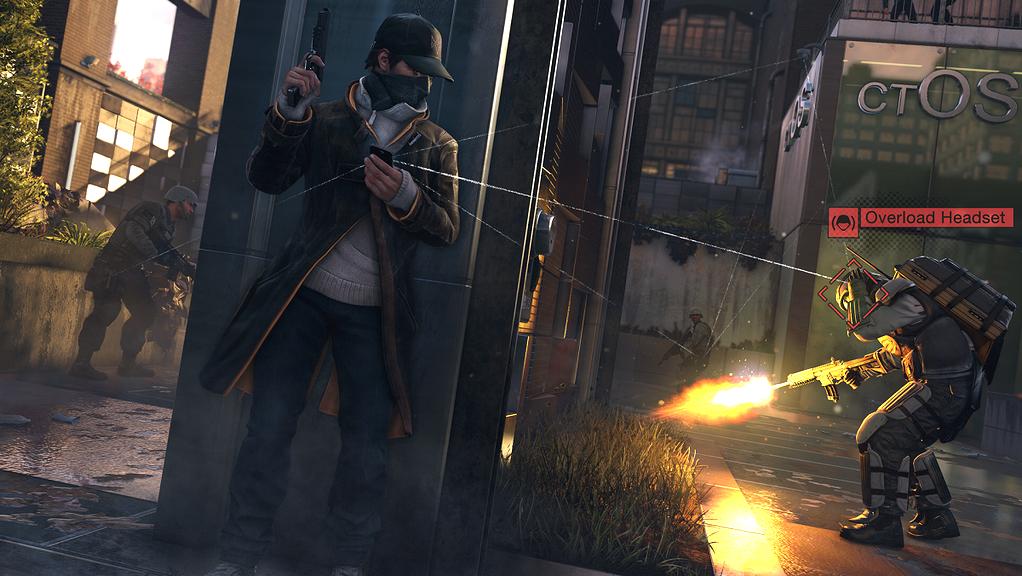 As the release of Watch Dogs inches ever closer, you’re probably ready to find out whether or not Ubisoft’s open world hacking adventure lives up the the hype. There’ll be plenty of coverage all over the Web early next week, but until then, you should probably check out the world exclusive review of Watch Dogs… from late night talk show host Conan O’Brien.

As part of his consistently funny Clueless Gamer segment, Conan and his gaming coach Aaron Blair take a deep dive into one of the most anticipated titles of the summer. Of course, if you were looking for an intelligent critical analysis, you’re going to have to wait until the embargo lifts. Conan and Aaron spend a majority of their time wrecking cars, murdering civilians, reluctantly high-fiving and being catapulted off of motorcycles.

There is a dash of genuine gameplay — we get to see Conan hack a stranger’s phone only to find himself in the midst of a suspicious delivery. When he picks up the package, he is rewarded with several chemical components. We also get a look at Aiden Pierce’s base of operations, a huge warehouse filled with dozens of screens and servers, allowing Aiden to keep an eye on everything happening in Chicago.

Watch Dogs will be available for the PS3, PS4, Xbox 360, Xbox One and PC on May 27th. Expect some slightly more informative reviews before then.