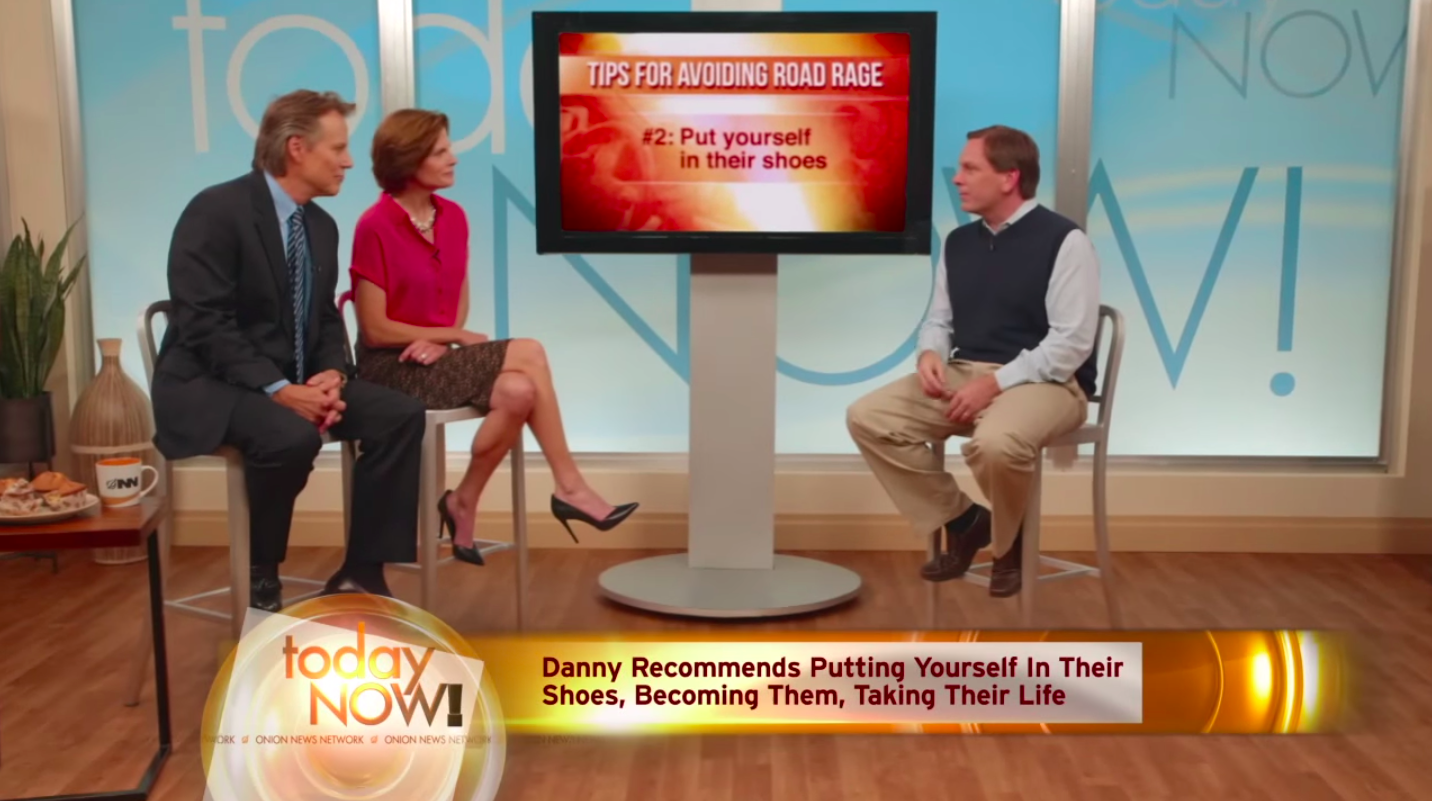 It’s far too easy to lose your temper while out on the road. Despite the fact that you yourself and everyone around you is driving a 2-ton steel death trap, you still feel separated from reality within your vehicle, which makes it even more tempting to cut off a slow driver or pump the brakes when someone gets too close behind you.

But don’t let them get to you. Instead, consider taking The Onion’s advice and channel your road rage to more productive activities off the road.

Rather than flipping someone the bird, why not follow them home and find out where they live instead?

“Once you know where he lives, you could sneak into his house every couple weeks, rearrange a bunch of things — something that says you’re out there and you’re unpredictable,” suggests defensive driving instructor Danny Preston on The Onion’s talk show, Today Now!

Preston’s suggestions become increasingly psychotic throughout the video, and by the end, at least one of the hosts is in serious danger of losing their life. But it’s all hysterically funny.