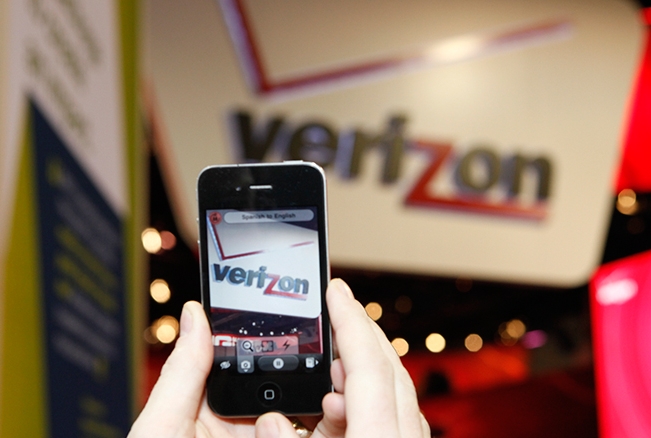 Verizon (VZ) delivered a powerhouse autumn quarter — and perhaps the strongest element in the whole report was the new contract subscriber addition figure. Verizon added more than 1.5 million new post-paid subscribers in the third quarter of 2012, up substantially from roughly 900,000 in the second quarter of 2012. Hitting this number despite the supply constraints of the iPhone 5 is a remarkable achievement.  What makes it astonishing is that Verizon hiked the price of its cheapest smartphone plan to $90 just ahead of the autumn quarter.

Many consumers complained about the new Verizon pricing strategy in June — Verizon is effectively forcing all new smartphone subscribers to buy unlimited voice and unlimited text packages. But despite the grumbling, Verizon is just barreling on. Substantially cheaper smartphone packages offered by T-Mobile, Sprint (S), Boost, Virgin and others are not slowing Big Red down one bit.

This may well give Softbank a splitting migraine as it plots the new US strategy for Sprint. Price competition against Verizon does not seem to be effective. Consumers appear to value the superior coverage and wide device range of Verizon so much they are willing to pay a substantial premium for smartphone plans. Just how cheap would Sprint have to offer smartphone plans to begin chipping away at Verizon’s market share? Is some radical move bundling mobile plan with free hardware or other services necessary to break the lock that Verizon and AT&T (T) are now forming on the US smartphone market?

What Verizon demonstrated this past quarter is that it can raise the price of its cheapest available smartphone plan by more than 20% — and just accelerate subscriber growth. That is a heck of a gauntlet to smack Sprint and T-Mobile with. Very few dominant brands in any industry have this kind of pricing power. Sprint and T-Mobile may have to pull a whole new breed of rabbit out of a hat to battle the Verizon juggernaut.