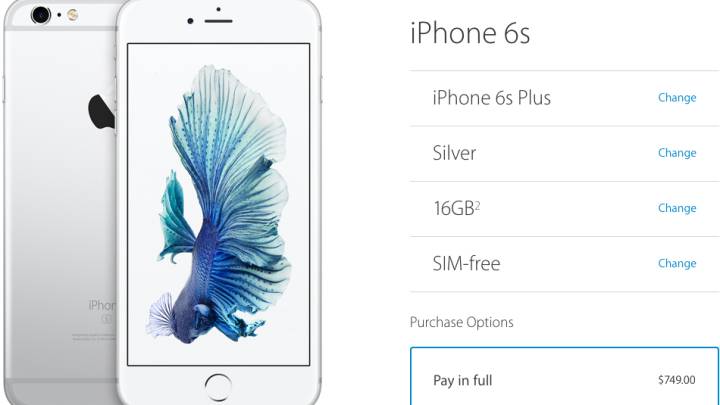 Apple started selling its iPhone 6s lineup on Friday in 36 additional countries around the world, with six more supposed to get the new smartphones on Saturday. But the company also started selling unlocked iPhone 6s models in the U.S., which should be great news for customers who don’t want to be tied down to one particular network.

The unlocked iPhone 6s units have model numbers A1633 and A1634 (respectively), and users have to pay full price when buying the device. The phone doesn’t come with a nano-SIM card, so users will have to get one from the carrier of their choosing if they don’t already have one. Alternatively, customers can buy a new iPhone via Apple’s iPhone Upgrade Program, which gives them access to unlocked iPhones with a monthly payment plan.

Even though Apple added SIM-free iPhone 6s options to its website, not all models will ship to buyers immediately, as some versions of the phone are still constrained – check out Apple’s online store for more details about the unlocked iPhone 6s and 6s Plus.