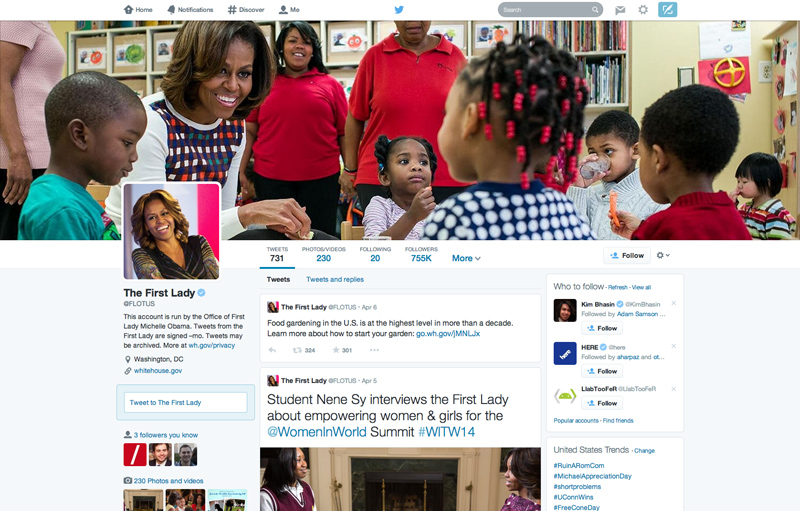 Now that Twitter is a publicly traded company, it seems to be looking to neighboring social network Facebook for inspiration at every turn. We know that Twitter is in the process of beefing up its advertising products — if there’s one company that knows a thing or two about ads, it’s Facebook — and the company also recently acquired Cover, possibly in an effort to create a product similar to Facebook Home. Now, Twitter has announced an upcoming profile page redesign that is quite obviously inspired by Facebook.

“Moment by moment, your Twitter profile shows the world who you are. Starting today, it will be even easier (and, we think, more fun) to express yourself through a new and improved web profile,” Twitter said in a blog post.

The new profile layout can already be seen on a few accounts including @flotus, @zacefron, @JohnLegend and @weezer, and it will roll out to everyone in the coming weeks.