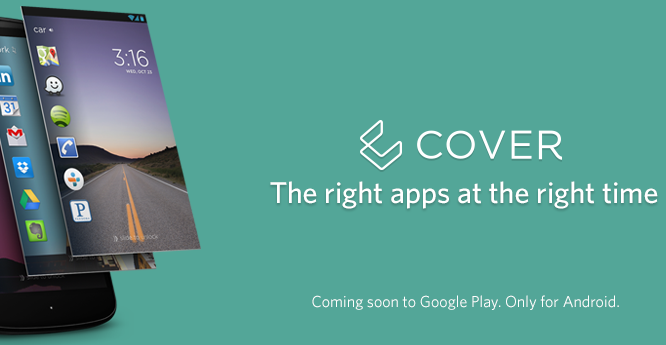 If no one wants to own a Facebook-centric phone, why should we think a Twitter-centric phone would fare any better? Nonetheless, it seems that Twitter might be trying to come up with a Facebook Home-type product of its own because it’s just acquired Cover, a replacement Android lock screen that was designed to help Android users manage the plethora of apps that clog up their device’s home screen.

In announcing its acquisition by Twitter, Cover said that it will now “be building upon a lot of what makes Cover great… to create something even better at Twitter.” Cover also says that both it and Twitter share a “vision that smartphones can be a lot smarter — more useful and more contextual” and that they’re going to work together on their own project that will presumably be Twitter-centric.

Tellingly, Cover didn’t commit to keeping its app on the Google Play store indefinitely and only said that it would stay there “for now” and that it would “provide another update” if that changes in the future. So while Cover will still be available to download, the company says that it’s putting most of its efforts into its new project at Twitter that will be different from what it’s worked on before.

Of course just because Facebook Home was a flop that doesn’t mean whatever Twitter is working on with Cover is necessarily doomed to a similar fate, especially if Twitter takes a lighter touch and doesn’t try to actively take over users’ Android phones. At this point, though, we’re holding out until Reddit creates its own modified version of Android and starts selling the Doge Phone.