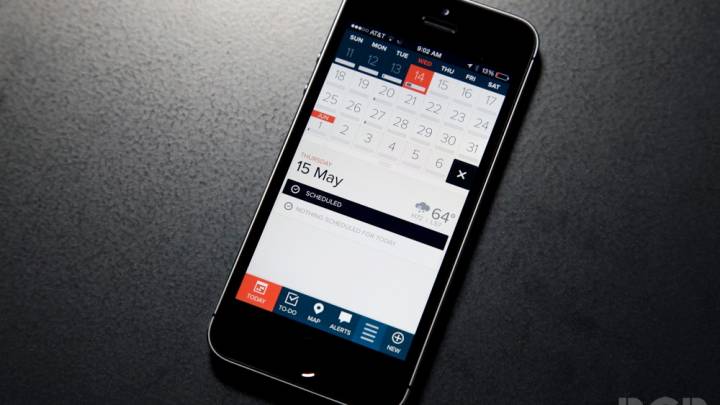 BGR’s recurring series on gorgeous iPhone apps has been a big hit so far. Why? Because digging through the hundreds of thousands of apps in Apple’s iOS App Store to find a few gems can be incredibly painful. But as always, we dig through all those apps so you don’t have to.

Looking for more gorgeous iPhone apps? Be sure to check out earlier posts in this series, which features Gist, Radium, Matchbook, Harmony, Peek Calendar and more.

This series focuses on apps that meet two main criteria. First, they have to be well designed. Visual design is a hugely important part of the mobile software experience and developers seem to forget that far too often.

Second, they have to be functional. The most beautiful app on the planet is completely useless if it doesn’t meet a need and deliver when it comes to functionality.

As an added bonus, it just so happens that each of the five apps featured in this particular installment of our series is free.

Do you know of some beautiful and functional iPhone apps that we haven’t yet covered in this ongoing series? Let us know about them in the comments section below or drop me a note on Twitter.

According to the team behind this nifty app, calendar functionality has been “frozen in time” for years. Magneto Calendar is an application that goes great lengths to finally add some creative and useful new features to an aging concept.

The easiest way to explain Magneto might be to call it Google Now for calendars. Google Now has its own features that focus on scheduling, of course, but Magneto offers much more functionality and it is focused entirely on scheduling.

Do one thing and do it well, as the saying goes.

The Magneto interface is familiar but unique. It offers somewhat standard monthly, daily and agenda views, but it adds a tremendous amount of intelligent functionality to the equation.

Google Now can monitor your calendar and pop up a note when it’s time for you to leave for a meeting. Magneto will do the same thing, but as you enter each event and its location, Magneto will map out your day and show you diving times right on your agenda in between events.

It also knows your home and work addresses, so it will automatically plan your day without the need to input starting locations for each trip.

Of course, that’s just the start with Magneto. The app also integrates Web access and a Chrome browser plugin, a tasks feature, weather forecasts for each day, a means to quickly and easily email a contact with a schedule of your free time on a particular day to help you schedule meetings, a way to see your free time each day to help you map out blocks of your day when you can focus on work, and plenty more.

Here’s a video with more info on Magneto:

As great as Magneto Calendar already is, it’s important to note that this app is currently still pre-launch. There is plenty left to do and some core functionality, such as the ability to manually enter alerts, is not yet available. The app is an invite-only closed beta for the time being though, and functionality will be flushed out ahead of its public launch.

Do you want an early look at this great free calendar service? The team at Magneto is offering BGR readers instant access to its closed beta.

Don’t worry if you didn’t see this soon enough to get instant access, though. You can still sign up to be added to the standard Magneto invitation queue once instant access invitations run out, and you’ll gain access to Magneto as soon as they reach your position in the queue.

Get instant access to the Magneto beta right here!

It’s not every day you come across an a piece of software in the App Store that was co-created by rock legend Sting’s son. It’s also not every day you find an app with celebrity ties that is actually pretty cool.

Vyclone is an app that takes 1-minutes video clips you record and adds them to other videos that were recorded in the same location around the same time by other users. We’re sure you can see where this is going, but the result is a highlight reel of sorts that creates movies of an event using footage captured by several different phones.

The most obvious use case is a sporting event or a concert.

Say you’re at a show — a Sting show, perhaps. You can use Vyclone to record a few clips and upload them to the app’s servers. Your footage is then combined with clips of the Sting show recorded by other Vyclone users in attendance, and the result is one big multi-camera highlight movie.

Vyclone is a very cool app as long as you use it to record events where other users are also recording, and it’s completely free in the iOS App Store.

There are dozens of options out there when it comes to browsing Reddit on your iPhone, but none are as sleek and simple as Redd.

Created by developer Craig Merchant, Redd was not designed for intense Reddit power users looking for dozens of settings and tons of potentially confusing options.

Instead, it’s for the millions of slightly more casual Reddit users who want all of Reddit’s content and most of its basic functionality packed into a beautiful app that fits perfectly with the iOS 7 interface.

If you read Reddit even occasionally from your iPhone, do yourself a favor and check out this great app, which is free in Apple’s App Store.

For some people, the best music players out there are the ones that simply get out of the way and let you listen to music with as little friction as possible. If you subscribe to that notion, Listen by MacPaw might instantly make its way to the top of your list.

iOS music players often try to outdo each other with complex features and slick animations. Listen does the exact opposite — instead of hammering the user with heavy graphics and tons of features, it just focuses on making music playback as simple and painless as possible.

In fact, Listen’s goal is to let the user control his or her music without even having to look at the app.

“Listen runs on gestures, not buttons, to make listening to music a seamless experience,” the app’s description reads. “It’s perfect for anytime: on your way to work, while exercising, on the go, or just relaxing.”

Listen uses the music library already saved on your iPhone, and it is free in Apple’s App Store.

iPhone users have plenty of options when it comes to solid email apps that offer great functionality omitted by Apple’s own Mail app, and Gusto definitely fits that bill.

Gusto offers a twist on the familiar email inbox interface, breaking messages with attachments and photos off into separate tabs that make it easy to find the files you’re looking for. The app also features a terrific extended preview function that allows users to reverse pinch on an email in their inbox to expand the message preview from two lines to five lines.

Here are some key features from the app’s description:

Gusto is completely free in the iOS App Store.

Want to check out some more gorgeous iPhone apps? Be sure to read our earlier posts in this series.