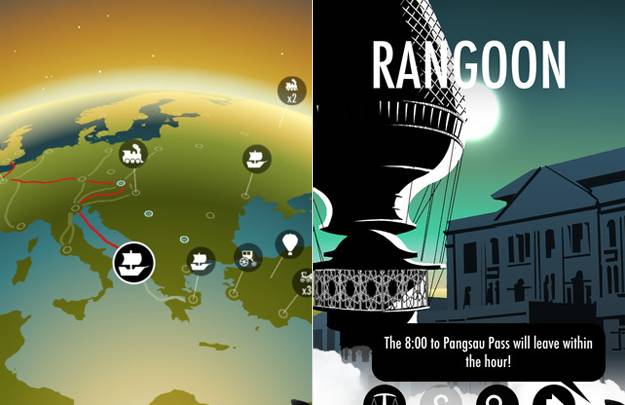 Pundits love to talk about how the quality of the mobile gaming experience on the iPhone and iPad is quickly catching up to the quality of the experiences afforded by consoles like the PS4, Xbox One and Wii U. Of course, if you ask game developers or hardcore video game fans, they’ll laugh in your face at the mere suggestion.

Don’t tell TIME, however, because the online magazine has just issued its list of the 15 best video games of 2014, and an iOS game is surprisingly found at the top.

2014 was the first full year of availability for next-generation video game consoles from Microsoft and Sony, which both enjoyed monster years packed with fantastic titles. Things were even looking up for Nintendo’s Wii U, which finally got the Super Smash Bros. title fans have been clamoring for.

But forget all that, and forget all the major console game releases that each pulled in hundreds of millions of dollars during their debut weeks, because the top game of the year is a $5 iPhone game.

80 Days by game developer Inkle is a great mobile game that has received critical acclaim across the board. The game is based in 1872 and in it, the user must circumnavigate the globe in just 80 days.

It is indeed a very nifty title that is well made and fun to play. Is it a better video game than top console titles like Far Cry 4, Mario Kart 8 and Middle-earth: Shadow of Mordor? TIME says yes, but we’ll let you be the judge.

The full list of the top 15 games of 2014 is linked below in our search section.