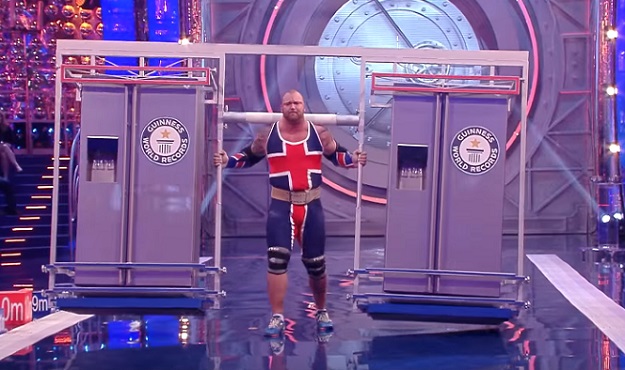 You may not be familiar with the name Hafthór Júlíus Björnsson, but if you’re a seasoned Game of Thrones viewer, you’ve undoubtedly seen his work. After all, Björnsson is extremely hard, if not impossible, to miss.

By trade, Björnsson isn’t an actor. On the contrary, and not at all surprising, he’s a veteran of the famed World’s Strongest Man competitions, garnering a second-place finish in 2014. Suffice it to say, Björnsson has some beastly strength. His personal bench press record? 510 pounds. His personal squat record? 795 pounds.

Recently, Björnsson put his strength to interesting use when he set a new record for fridge-carrying. I mean, who here among us hasn’t tried to lift up two refrigerators weighing in 992 pounds and taking them for a little spin?

In the video below, Björnsson goes head to head against Zydrunas Savicka, a strongman legend. Savicka goes up first, at the 54 second mark, followed by Björnsson at about 1 minute and 43 seconds in.