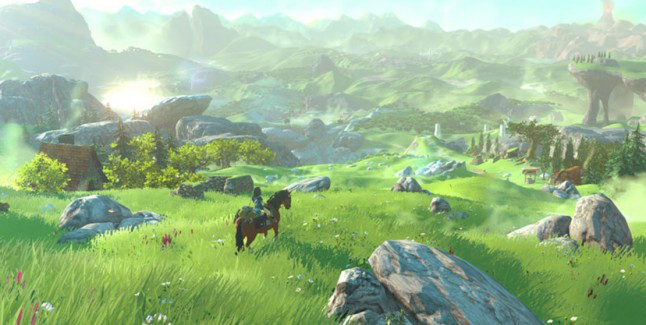 While many gamers believed that the trailer shown for The Legend of Zelda Wii U during E3 was just a short animation, Zelda producer Eiji Aonuma revealed that the incredible E3 trailer showed actual gameplay as opposed to a short movie.

“Many people from the media kept asking me if the footage from the new Zelda game for Wii U is just a promotional movie, but that really is actual gameplay on Wii U,” the exec said on Miliverse. “Also, I wasn’t kidding about how you will be able to reach the mountains that appear in the distance if you should choose to!”

When introducing the new Zelda game, Aonuma revealed that Nintendo tried to create an immense open world, which would be accessible in full to players so they can explore every corner and attack challenges from different entry points.

The Legend of Zelda for Wii U will launch at some point in 2015, and the game’s introduction and exciting trailer video follow below, via GameSpot.

The Legend of Zelda Wii U