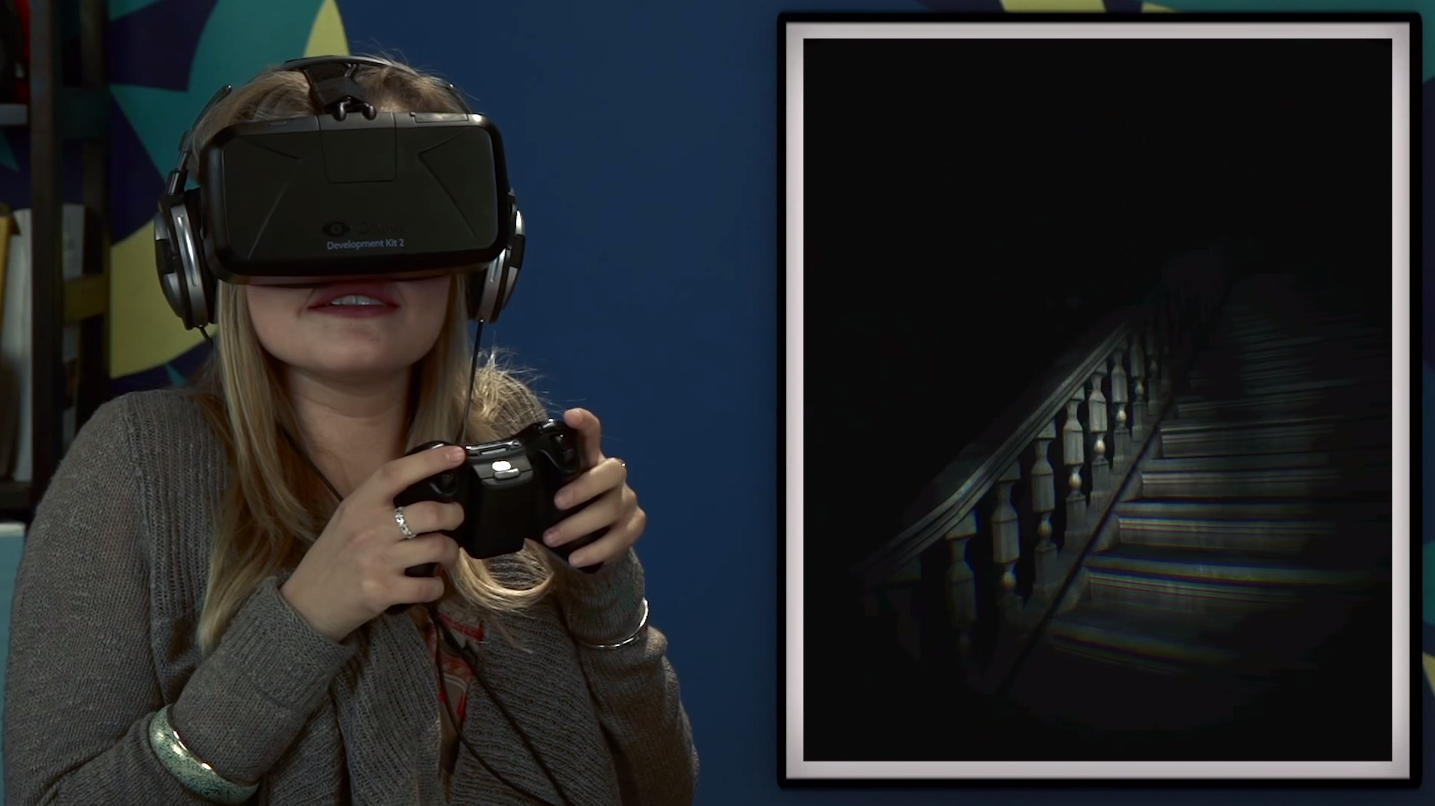 The Fine Brothers’ REACT channel has provided us with hours of entertainment over the past few years, but one of their most recent videos might be the funniest yet. Over the weekend, the latest gaming-centric video was published on the REACT channel, featuring a group of teenagers, an Oculus Rift and a terrifying game called Affected: The Manor.

WATCH MORE: Teens react to one of the best NES games ever

If you haven’t had the opportunity to use an Oculus Rift yourself, you should know that it’s an experience unlike anything you’ve seen before. As cliché as it sounds, you really do feel like you’re inside the game when you don the Oculus Rift, which explains why these teenagers are having such extreme reactions to Affected.

As you might expect from a bunch of teenagers being scared out of their minds, there’s plenty of harsh language throughout the video, so maybe plug in some headphones if you’re watching at work.

If you own an Oculus Rift and want to try out Affected yourself (and why wouldn’t you after watching that video?), then head to the Oculus store and download it. The manor is just one of three different locations to explore in the game, along with an asylum and a hospital.