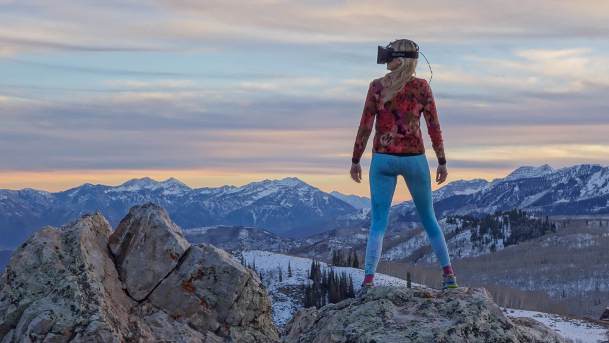 Danfung Dennis no longer concerns himself with whether or not virtual reality is going catch to on — he knows that at this point, it’s just a matter of time. Dennis is the director of Zero Point, a short film that provides a fully 3D 360-degree viewing experience, allowing viewers to immerse themselves in the locations and get a taste of how virtual reality will change the entertainment landscape in the very near future.

Condition One, the startup company founded by Dennis, has always been interested in the possibilities of virtual reality, but the release of the Oculus Rift broke the floodgates open in terms of how easily his team could put together something to show off to casual viewers and interested developers alike. We were given the chance to watch a few minutes of Zero Point, and although most of the discussion surrounding the Oculus Rift has focused on its potential as a tool for gaming, the VR headset translates perfectly to an all-encompassing movie theater.

Although there are plenty of incredible sights to see, Zero Point is more than just an advertisement for the future of VR entertainment. Condition One wants to explore how VR will affect us. Will it take over our lives? Will anyone want to leave their headsets when traveling to a beach indistinguishable from the real one is just a button press away?

You can check out an interactive trailer for Zero Point at Condition One’s website which should give you an impression of how a movie on the Oculus Rift would look, but you’ll have to see the movie for yourself to truly understand just how unique of an experience VR can provide. The much flatter trailer for the film can be seen below.