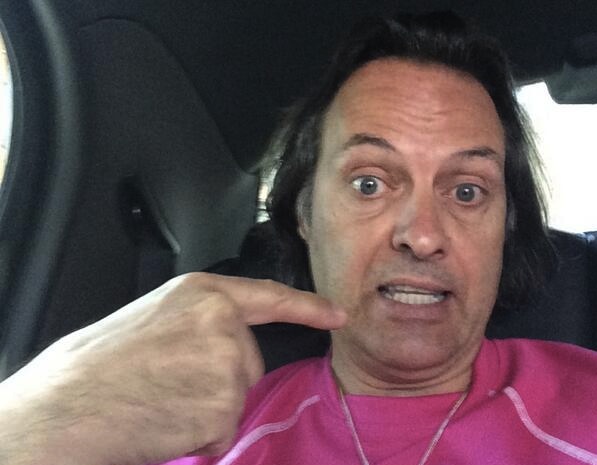 T-Mobile CEO John Legere absolutely loves trashing Sprint’s network quality, which is why he’s not going to be pleased to see that Sprint’s network has leapfrogged his own company’s in the latest major study from RootMetrics.

RELATED: Sprint CEO fights back against Legere’s trolling, says T-Mobile is in for a ‘rude awakening’

RootMetrics’ latest report, which involved conducting an astonishing 5.7 million tests and testing more than 6,200 indoor locations across the United States, found that T-Mobile finished last among all major carriers in terms of overall performance, network reliability, call performance and text performance. The “Un-carrier” can hang its hat on beating Sprint in data performance and network speed, although it still trails both Verizon and AT&T by a substantial margin in both categories.

T-Mobile CTO Neville Ray pointed out to Re/code that T-Mobile’s network performs very well in major metro areas, which he thinks are the most important areas since they have the highest concentration of people. Nonetheless, this has been a common problem for T-Mobile for a long time because the carrier simply lacks the spectrum in more rural locations to provide consistent connectivity in the same way Verizon and AT&T typically do.

That said, things weren’t all bad for T-Mobile here because RootMetrics says all of the major wireless networks have been significantly improving over the past year.

“The biggest improvement stories belong to T-Mobile and, especially, Sprint with its marked call improvement,” writes RootMetrics. “Although T-Mobile finished lower in our national results, it recorded the third most awards at the metro level and remained ahead of Sprint at this level of our testing. The upgrades from these two networks are clearly starting to take hold and are impacting performance, in particular, at the metro level.”