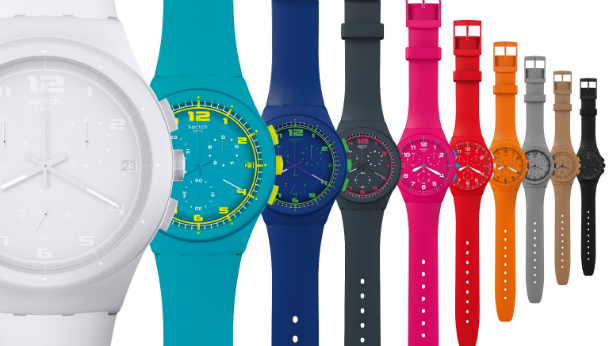 Popular Swiss watch maker Swatch says it’s not afraid of competing against smartwatches only with regular watches, even though more companies are creating their own such devices and other wearables that will offer smart features when connected to handsets and tablets. “The smartwatch is an opportunity for us, whatever happens,” Swatch Chief Executive Nick Hayek told Reuters in an interview. “If people who never used to wear anything on their wrist start wearing a so-called smartwatch, then we certainly can convince them quickly to try wearing a beautiful watch instead.”

The company doesn’t plan to “fight fire with fire” though, at least not in the immediate future, as smartwatches may still be a tough sell for consumers. “We have all the know-how but we do not want to build up stock of technology bombs people won’t want to buy,” Hayek added. The company did create a Paparazzi smartwatch with Microsoft 10 years ago, but the device was not a hit product.

At CES 2014, a variety of new smartwatches and wearable smart bands have been unveiled, as more companies are eager to enter the wearables business. Apple, who has yet to introduce its iWatch smartwatch, is expected to come out with a wearable product at some point in the future, although it’s reportedly encountering issues with the device at this time.