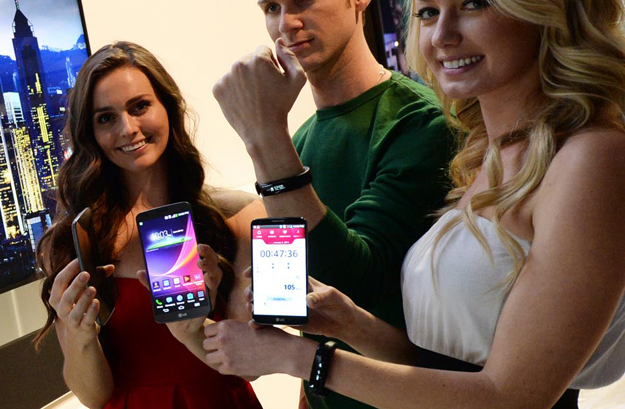 CES was all about tablets last year and while the PC’s worst enemy is still a big deal at the show in 2014, wearables have taken center stage this year. Smartwatches, connected eyewear, fitness tracking bands and other wearable computing devices can be found at every turn in Las Vegas at this year’s International Consumer Electronics Show as technology companies look to attack what industry watchers expect to be the next big thing in consumer tech, and LG on Monday unveiled its latest entrant in this emerging space.

Dubbed Lifeband Touch, LG’s new fitness tracking band takes aim at the likes of Nike’s Fuelband, Fitbit’s tracking band and the Jawbone Up series, but adds an OLED touchscreen display into the mix. Beyond typical fitness tracking features like a step counter, calorie counter and workout monitor, the device also includes standard smartwatch features such as event notifications for a connected smartphone and, of course, the ability to tell time.

The device can also be used in conjunction with LG’s new Heart Rate Earphones, which monitor the wearer’s pulse by measuring blood flow in the ear canal. Neither device has a price or a release date at this point.