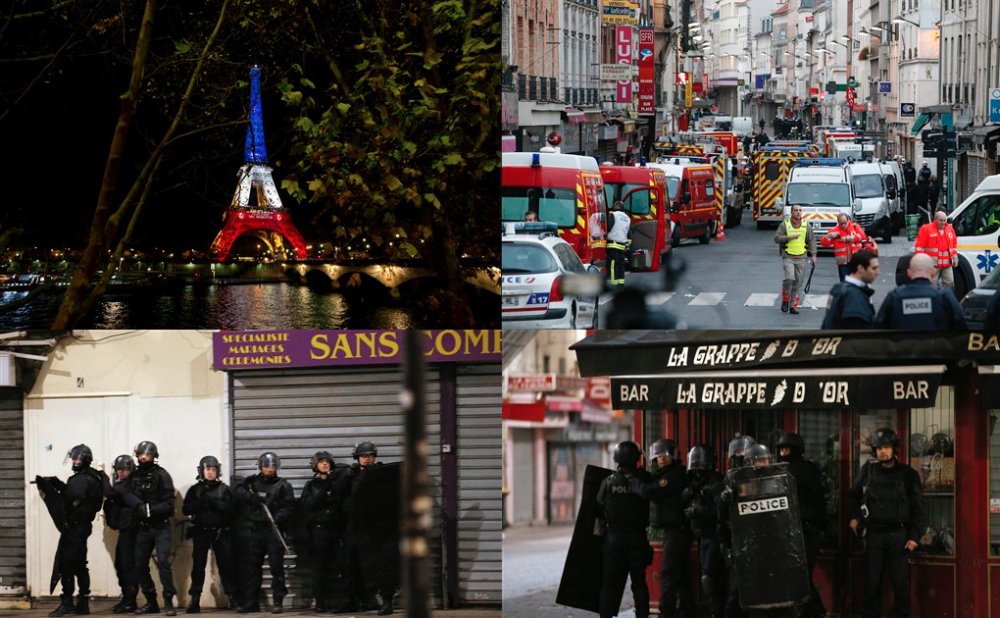 For most people around the world, Wednesday morning started off just like another regular day of the week. But Parisians in a neighborhood situated less than two miles away from the stadium that was attacked by three suicide bombers on Friday evening woke up terrified by heavy gunfire and explosions. A massive SWAT operation was underway in the Paris suburb of Saint-Denis, with police hunting down the alleged mastermind of last week’s terror attacks on the capital.

The operation began in the early hours of the day, Associated Press reports, with shooting and up to seven detonations having been heard starting with 4:25 a.m.

The large-scale police operation is targeting the suspected mastermind of last week’s terrorist attacks, Abdelhamid Abaaoud, believed to be hiding in an apartment building near the stadium with up to five heavily armed people.

So far, two people died in the fire exchange that ensued, including a man and a woman whose suicide vest detonated. Police arrested five other suspects, the publication notes, and there are no hostages. Some four officers were injured during the attack, with at least one person still trapped in the apartment more than five hours after the operation began.

It’s not clear at this time whether Abaaoud was found at the location, but it’s clear the person defending the apartment were somehow linked to the Paris attacks – or at least had malicious intentions in mind. A police official said that officers who stormed the building early on Wednesday “were met with unexpectedly violent resistance.”

French broadcaster BFM TV says the woman who detonated her vest screamed and ran towards the police officers.

RTBF, France 24 and Reuters, quoting a source close to the investigation say the group in Saint-Denis were preparing for an attack against the Defense, Paris financial district, the International Business Times reports.

Believed to have been killed in Syria, Abaaoud returned to Europe earlier this year, becoming the target of a different police operation in Belgium in January. However, the known ISIS militant and recruiter, who is now believed to be one of the leading figures in the Paris attacks, managed to escape police so far, The New York Times writes in an extensive profile on the 28-year-old Belgium-born man.