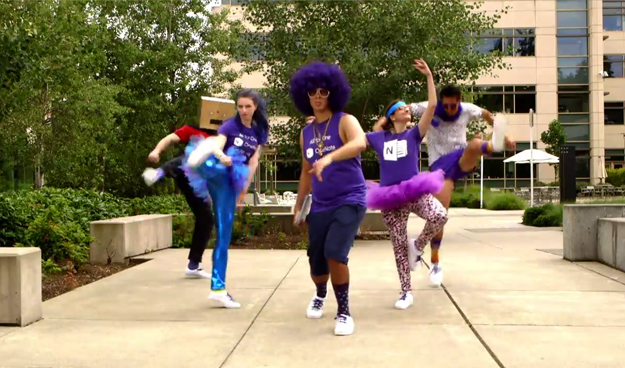 If there’s a better way to promote Microsoft’s OneNote solution and its new Surface Pro 3 tablet, we have no idea what it is. Several members of the Microsoft OneNote team recently came together to film a parody of LMFAO’s hit song of yesteryear, “I’m Sexy And I Know It.” Since they’re promoting the Surface Pro 3 and Microsoft’s great cloud-syncing notes solution OneNote, their cover is appropriately named “I Click It And I Note It,” and it focuses on OneNote’s simplicity as well as the speed with which people can take notes using the Surface Pro 3 tablet.

Two quick comments: 1. It’s great to see Microsoft’s OneNote team having some fun. 2. It’s painfully apropos that, after being so late to the tablet game, they chose to parody a song that has long been over.