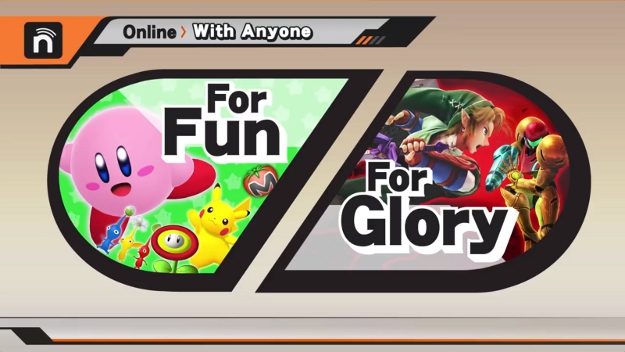 Nintendo announced on Tuesday night that the highly anticipated next-gen installment of Super Smash Bros. will finally release on the 3DS this summer and on the Wii U in fall. Along with the release window, Nintendo also went into detail about the visual enhancements of the multiplatform title, the game’s dedication to the competitive fighting community and the introduction of some new (and not-so-new) faces.

Unlike previous games in the series, Super Smash Bros. for 3DS and Wii U will run at 60 frames per second, although some of the additional in-game features, such as Pokemon and Assist Trophies, will run at 30 fps.

Both versions of the game will also feature two separate modes of play: For Fun and For Glory. In For Fun mode, players will be thrown into a random stage with all the game’s items turned on. In this mode, only wins will be recorded to your profile. If you decide to play For Glory instead, you’ll play on an anti-frill Final Destination version of a map, which is completely flat so as not to distract from the battle. In For Glory, your wins and losses will be recorded.

As for new characters, Nintendo revealed that character transformations will no longer be a part of the game, thus allowing Zero Suit Samus, Sheik and Charizard to serve as singular characters this time around. Greninja, a brand new Pokemon, will also be joining the fight, along with the returning egg-tosser, Yoshi.

If you’d like to watch the entire Nintendo Direct, we’ve included the video below. There’s plenty more information on stages, items and competitive online play for curious fans.