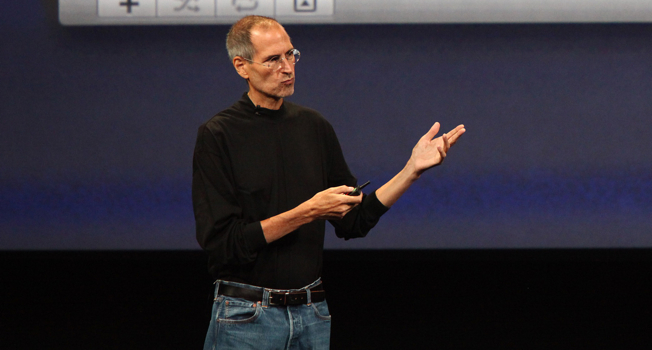 Steve Jobs was famous for his product launch keynotes, so it’s not entirely surprising that screenwriter Aaron Sorkin has decided to make those product launches the center of his upcoming Jobs biopic. Speaking at Newsweek’s Hero Summit on Thursday, Sorkin said that the entire film would consist of three 30-minute scenes shot in real time that take place right before Apple (AAPL) product launches. Newsweek CEO Baba Shetty wrote on his Twitter account that the three products would be the original Mac, the NeXT Cube and the iPod. Regarding Jobs himself, Sorkin told the summit that he would be portrayed realistically since there’s “no point in writing about someone unless they’re flawed.”