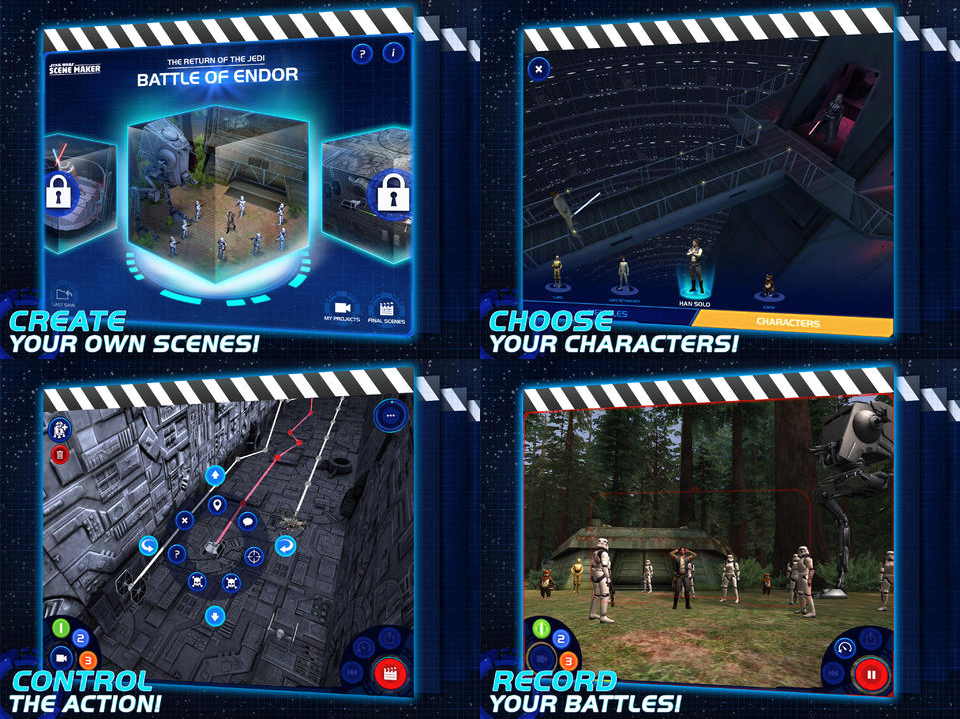 Star Wars fans who can’t wait for the latest movie in the saga to come out can test their own movie and story-telling skills with a new app for iPad that lets users make their own Star Wars movies. Called Star Wars Scene Maker and available as a free download from the App Store, the app lets users create their own scenes, select their favorite characters, and even control the action and the dialogue before recording everything.

The app lets users choose existing dialogue from current Star Wars film, though they can record their own voice and then apply special effects, including Darth Vader, Rebel Pilot or Storm Trooper. Similarly, users can write their own Title Crawl and end credits, and can choose a musical score taken from the Star Wars films. Obviously, the resulting videos can be then be shared with other Star Wars fanatics.

The app is available only for iPads running iOS 7 and requires 372MB of storage to run, with saying that Star Wars Scene Maker is “most compatible with the newest generation of iPad.”