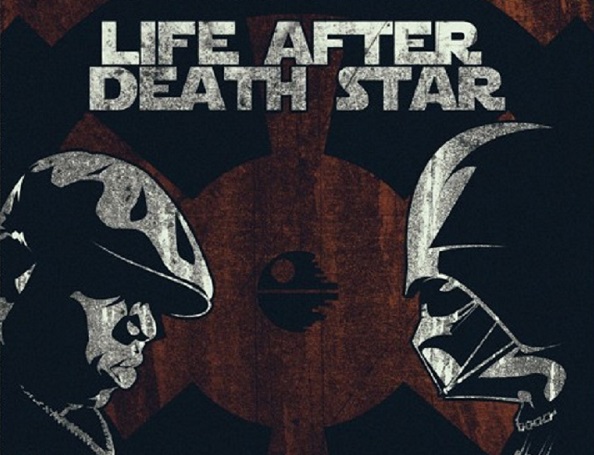 With the release of Star Wars: The Force Awakens just about two weeks away, we recently stumbled across a great musical mashup pairing some of the Notorious B.I.G’s greatest hits with original and rousing Star Wars music from famed composer John Williams.

According to The Daily Dot, Otaku Gang is comprised of two relatively unknown producers, Soloar Slim and Richie Branson. While we weren’t familiar with them until this mashup sprung up, their choice of Biggie songs is on point as it’s always nice to see the overlooked song Party ‘N Bullshit get some attention.

You can check out all the tracks below, some of which include riffs on classics like Ten Crack Commandments. A few of the standout tracks worth listening to include 10) Big Poppa and 8) Suicidal Thoughts.

Two of the more curious omissions from the playlist include Juicy and Hypnotize, the latter of which actually incorporates a Star Wars themed lyric —  Hit em with the force like Obi.