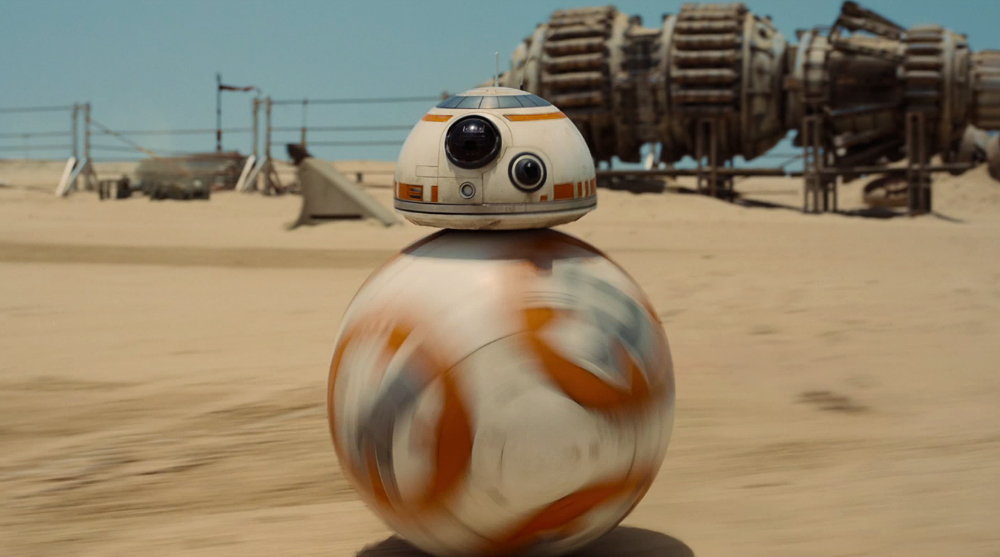 Sphero’s BB-8 Star Wars is one of the coolest Star Wars-inspired toys we’ve seen released this year. The “magic” behind the BB-8 robot is the way it moves, and a video teardown of the toy shows how Sphero made it happen.

The robot has a spherical body and an R2-D2-like head that stays on top of it no matter how fast the robot moves or turns. The mysterious technology behind it has even inspired some people to create a special website that tries to explain how the robot can pull that kind of movement off – and the Spero BB-8 toy behaves exactly like the robot in the movie.

But uBreakiFix tore down the toy robot by breaking it apart first with the help of a rotary tool to see how the internal mechanism works. And yes, it recorded a video of the whole thing.

The BB-8 robot has a gyroscope and a counterweight to detect which way is up and to maintain the position. Special wheels are in contact with the shell that allow it to move around and change direction. The head of the tiny robot has a magnetized stem that is attached to the base so the robot can look around while moving.

In other words, the toy robot seems to work pretty much as expected, although it’s not clear whether the technology inside it is similar to what’s inside the actual BB-8 robot we’ll see in the film. The full video showing the tech inside the BB-8 robot follows below.