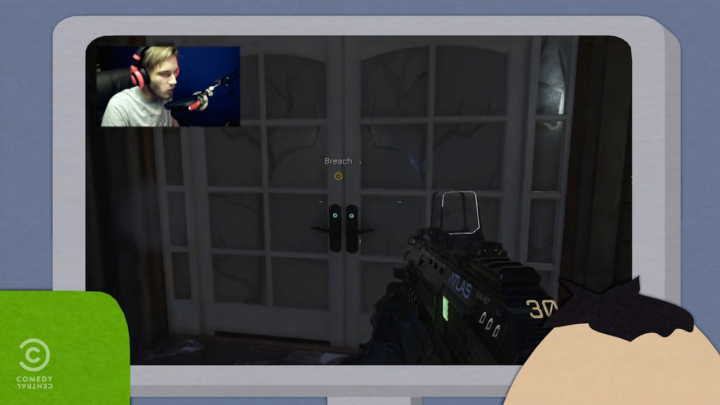 It’s 2014. We ingest our games differently than we did ten years ago. Rather than reading a review, buying a game and playing that game from start to finish, we now have the option to just watch somebody else play it instead. The age of video game commentary is upon us, which means we’re overdue for South Park’s opinion on the subject.

Wednesday night’s episode of South Park, titled #REHASH, focused heavily on a Swedish guy who has risen to fame as the most prominent member of the YouTube gaming community. Felix Kjellberg, also known as PewDiePie, commands an audience of over 32 million subscribers. But despite his popularity (or perhaps in spite of it), many gamers don’t understand his appeal.

Apparently, neither do Stan and Kyle.

In the episode, Kyle runs home with a copy of Call of Duty: Advanced Warfare only to find that his little brother, Ike, is too distracted by PewDiePie videos to actually sit down and play with him. Kyle is devastated, but Cartman sees a business opportunity. After all, PewDiePie’s immense audience has made him a multimillionaire. Why wouldn’t people want to watch Cartman do the same thing?

Watch the full (NSFW) episode below: