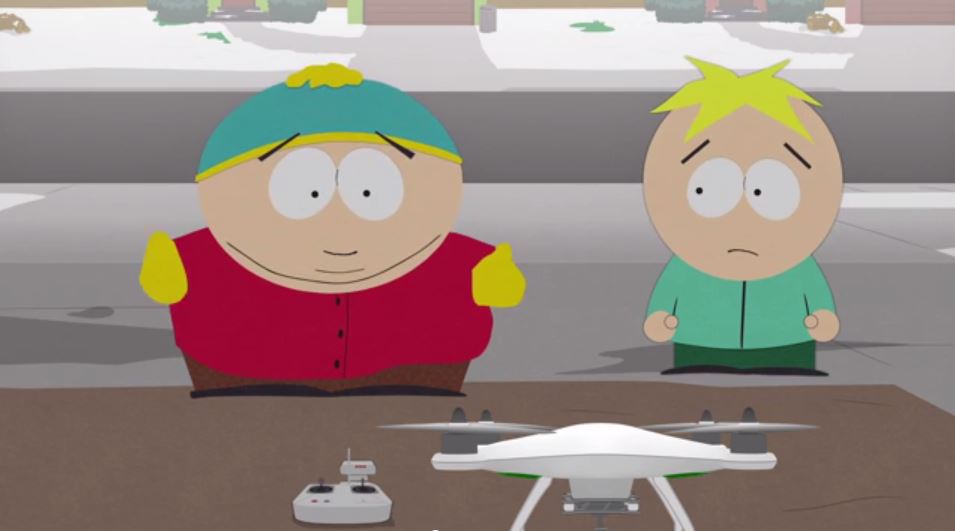 The use of unmanned drones by both governments and private citizens has been hugely controversial in recent years, but even the most alarmist among us have never contemplated a nightmare drone scenario like this. More specifically, no one has ever imagined how awful things could possibly be if South Park’s Eric Cartman somehow gained possession of his own drone.

On Wednesday’s new episode “The Magic Bush,” Cartman and Butters get their hands on a drone and, as you can probably predict, Cartman will persuade his friends that he will use it for one purpose before ultimately using it for something diabolical. As he says in the clip below, “We could spy on everyone!”