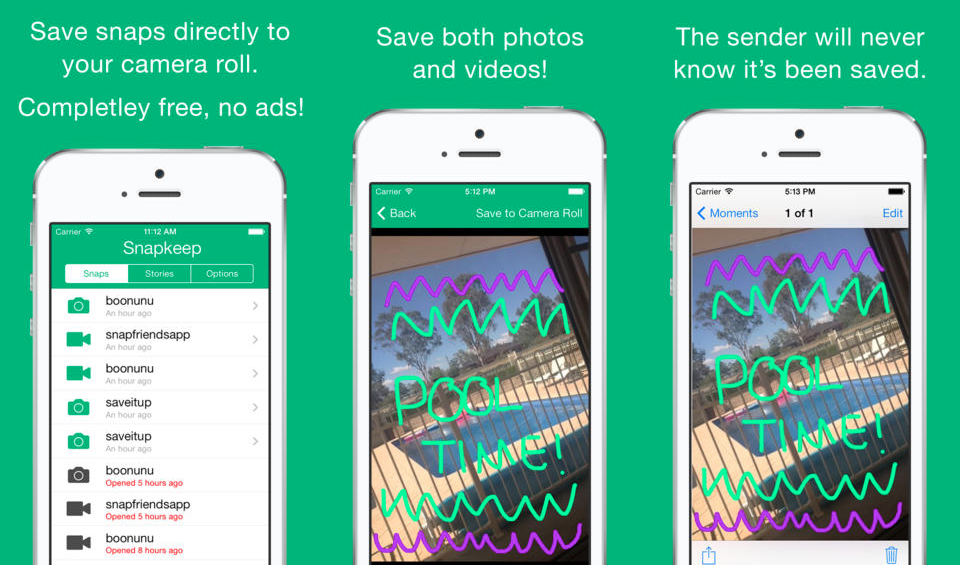 In theory, Snapchat users should not be able to save any of the shared photos and messages in the app, but there are some ways files can still be saved, defying Snapchat’s core feature. One such trick is Snapkeep, The Daily Dot reveals, an app that lets users open any shared content from Snapchat.

Snapkeep looks similar to Snapchat, as it closely replicates its functionality. Users can log in with their Snapchat credentials, at which point they’ll be able to browse through anything that was shared with them without any time limits.

Saving files is apparently a hassle-free procedure, and Snapkeep users will be able to bring up pictures without alerting the other party in a SnapChat.

While the app is available as a free download for iOS devices, the free version won’t let users save unlimited stories, only unlimited snaps. To enable unlimited story saving functionality users will have to upgrade to the premium version, which costs $0.99.

In addition to the Snapkeep app that lets users save Snapchat content in total secrecy, there are many other hidden interesting Snapchat tricks revealed in The Daily Dot’s post, which you can find by clicking the source link below.