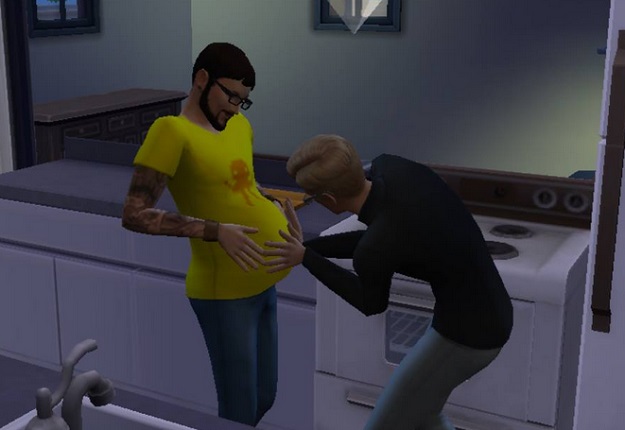 A recently released expansion pack for The Sims 4 shipped with a hilarious software bug which caused some male characters in the game to become pregnant.

Originally relayed by Kotaku, the recently released Get To Work expansion pack for the game features alien abductions. You know, typical every day type of stuff. Initially, the frequency of alien abductions was higher than the developers intended. What’s more, the rash of alien abductions resulted in a hilarious side effect – male characters who were abducted and returned back to earth were becoming pregnant. And given that the abduction rate was high, the rate at which male characters were becoming pregnant began growing wildly.

Since male pregnancies were a result of the men of The Sims 4 WooHoo-ing (Sims-speak for having sex) with aliens in one way or another, most players assumed that the feature was linked to the influx of abductions. Regardless of the specific cause, the Gurus suggested that male pregnancies had been patched out of the game the same way excessive abductions had been.

“The aliens impregnating males has always occurred in the sims but it was a ridiculous bug where peoples male characters were being abducted most nights and ending up with like four alien babies in the space of the first week of play after [the expansion] was released,” a Sims player named Elaine, who’d tipped me off to the pregnancy issues, explained in an email today.

And now, the ability for male characters to become pregnant has disappeared altogether. I suppose it was fun while it lasted.