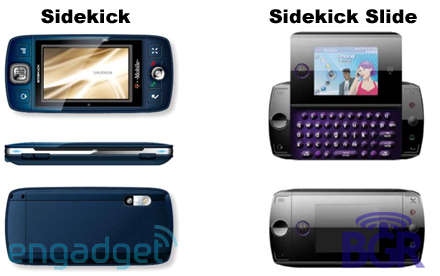 Yeah, we know it’s madness out there right now with information floating up more ways than a spilled oil tanker, but wouldn’t you rather hear everything, than hear nothing? We hope so, because one of our main guys has delivered a Sidekick knock out punch, so to speak! We have exclusively obtained two rendering concept pictures of two new Sidekick devices. The Sidekick RAZR is referred to as the “Sidekick Slide” here, and the Sidekick 4 looks to be casually named the “Sidekick”. We’re assuming it’s the normal Sidekick 4. While no specs are available these sure have us excited! Head on over to Engadget for the full scoopage. BG is signing out for the rest of the day, but look for more news from our ever-so-wonderful writers throughout the rest of the day!