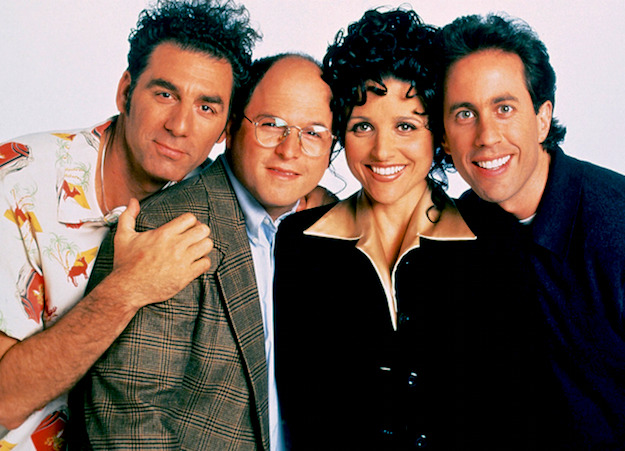 Ah, Seinfeld, largely considered one of the best sitcoms of all time. And yet, because the show is so popular and incredibly lucrative in syndication, it’s nowhere to be found online. It’s not on iTunes. It’s not on Netflix. It’s not on Amazon. And, believe it or not, it’s not even on Hulu Plus.

But that may soon change.

Related: Netflix is winning the war against cable TV

The streaming rights for the entire Seinfeld series are finally up for sale, according to a recent report in The Wall Street Journal.

With a deal expected to be reached with a buyer sometime in the next few weeks, there’s one major player that’s not bidding at all — Netflix.

Netflix, which last year took a hard look at “Seinfeld,” is taking a pass on the show, a person familiar with the matter said.

When Netflix acquired “Friends” last year from Warner Bros., it paid more than $500,000 per-episode, a person with knowledge of the deal said. Sony is seeking a higher price than what Warner Bros. received for “Friends.”

With 180 Seinfeld episodes in the can, a $500,000+ fee per episode could easily put the wining bid in the $100 million range. Apparently comedy doesn’t come cheap these days.

That’s a whole lot of cash, but if services like or Hulu really want to make a major run at Netflix, securing the rights to Seinfeld might be a shrewd move.