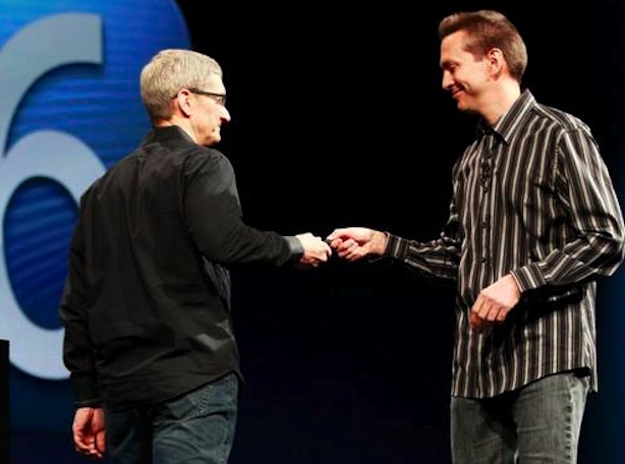 When Tim Cook unceremoniously fired Scott Forstall in 2012, the former Apple executive seemingly dropped off the face of the earth. In late 2013, The Information reported that Forstall had spent a year traveling the world while also spending some time advising a few startups — one of which, we would later find out, was Snapchat.

Still, radio silence from Forstall remained the norm until he unexpectedly popped back up on Twitter in mid-April to champion a new broadway musical he helped produce.

With Forstall, a longtime theatre buff who performed quite a bit in High School, now seemingly implanted on the theatre circuit, the Wall Street Journal managed to catch up with him for a rare interview. While much of the interview naturally centers on the play Forstall is involved in, the Tony nominated musical Fun Home, the Journal does manage to sneak in a question about his departure from Apple.

Asked about the split, Mr. Forstall said he was “so proud of the thousands of people I worked with [at Apple] and with whom I remain friends. I am delighted that they continue to turn out great and beloved products.

The interview also contained another interesting nugget. While it’s not surprising that Forstall got involved with a Broadway production, the manner in which the opportunity arose is somewhat surprising. As it turns out, Forstall’s involvement in the production began when he met a Broadway producer at Metallica drummer Lars Ulrich’s birthday party.

Who knew Ulrich and Forstall even knew each other, let alone were seemingly good friends? To throw an outlandish and absurd theory out there, maybe Ulrich befriended some of the big wigs at Apple to thank them for releasing the iTunes Music Store and, in turn, putting a nail in the coffin of music piracy. Metallica, you might remember, took Napster to court way back when.

Either way, it’s nice to hear that Forstall is doing well and is indulging in a few of his favorite hobbies; theatre and hanging out with music stars.