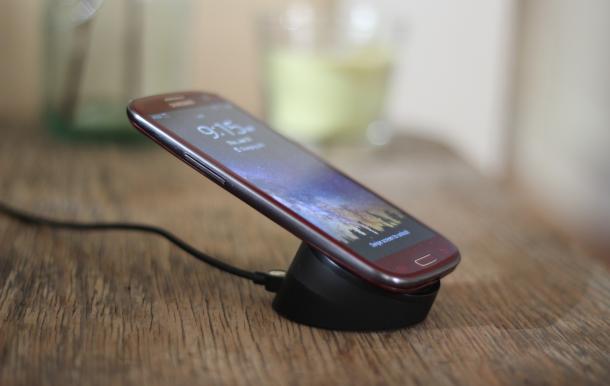 Wireless charging advocacy group Power Matters Alliance (PMA) on Wednesday announced that it has recruited Samsung, HTC and LG to support its cause. The group has a long list of members, including AT&T, Google, Blackberry, NEC, Texas Instruments and ZTE. PMA is pushing a unified wireless charging standard and has already deployed with its partners more than 1,500 charging stations across Starbucks coffee shops, airports and other locations. The group has asked its device partners to integrate PMA-certified wireless charging solutions into their products by 2014 and AT&T has also pledged to embed the technology into its smartphones within the same timeframe. Until then, the group is working with members to “deploy PMA-certified handsets and accessories as quickly as possible.” PMA’s press release follows below.

Austin, Texas and Dallas, Texas (April 18, 2013) – Five months after AT&T, Google and Starbucks announced their support for the Power Matters Alliance (PMA), the momentum behind the PMA continues in full force. HTC, LG and Samsung, global leaders in consumer electronics, have joined the PMA, marking a tenfold increase in membership in the past five months. These latest additions to the PMA roll call are indicative of the quality as well as the quantity of The PMA membership surge.

PMA is today the standard of choice for wireless charging in public places in The US. Over 1,500 charging spots have been deployed across a growing number of Starbucks coffee shops, airports and at iconic places like Madison Square Garden and The Garden State Plaza Mall. It was recently announced that Powerkiss, a European leader in wireless charging, is dropping the Qi standard in favor of PMA installations at their over 1,000 locations across European airports and train stations – soon to include McDonald’s restaurants in Europe too.

In recent months PMA has also enjoyed broad support on the device-side, with Blackberry, NEC, Texas Instruments, IDT, NXP, ZTE, Kyocera and accessory makers Incipio, Sketch and Otterbox all joining its ranks. This trend is expected to continue and intensify, following AT&T’s announcement that they plan to have PMA-wireless charging integrated into their smartphone portfolio by 2014:

“We want to welcome HTC, LG and Samsung to the PMA,” said Jeff Howard, Vice President, Mobile Devices and Accessories at AT&T, and a PMA Board member. “AT&T fully supports the concept of an industry standard for wireless power. In an effort to move toward making this a reality for consumers worldwide and in direct support for the public ecosystem roll out led by Powermat, we have asked our device suppliers to integrate PMA-certified wireless charging solutions by 2014. In the meantime, we are working with them to deploy PMA-certified handsets and accessories as quickly as possible.”