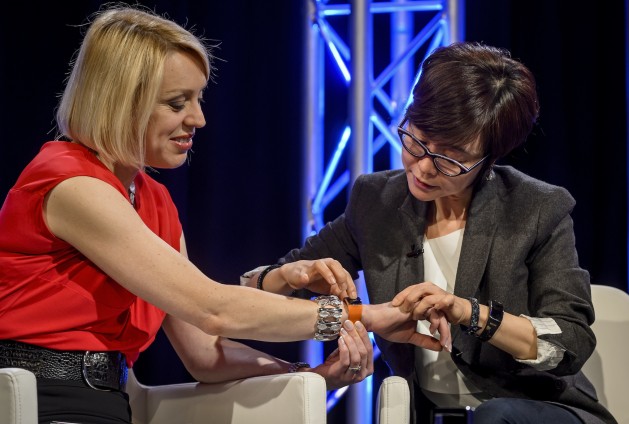 Samsung has redeemed itself. The company’s Galaxy Gear was without question among the worst smartwatches that debuted in 2013. The battery lasted for a single day, the charging mechanism was a hassle, the huge hump on the strap that held the camera ruined an otherwise sleek design, and controlling the device with S Voice was an all-around terrible experience. The fact that the Galaxy Gear was so bad, however, makes Samsung’s latest triumph that much sweeter — the tech giant’s new Gear Fit has been named “Best Mobile Device” by the GSMA.

On Thursday we reported that the GSMA had named HTC’s flagship HTC One the best smartphone of the year for 2013, but the organization also handed out some awards for new tech shown off at the annual Mobile World Congress trade show. And according to the GSMA, Samsung’s new Gear Fit was the most intriguing and innovative new mobile device that debuted at the show.

We took a hands-on look at the Samsung Gear Fit earlier this week and said that while the design may be polarizing, the interface is perfectly suited to a smartwatch. Samsung also added a great deal of important new functionality to the Gear Fit, including a heart rate monitor, more comprehensive exercise tracking features and a battery that now lasts up to four days on a charge.

Updated to remove an error stating that the Gear Fit is powered by Samsung’s Tizen operating system.