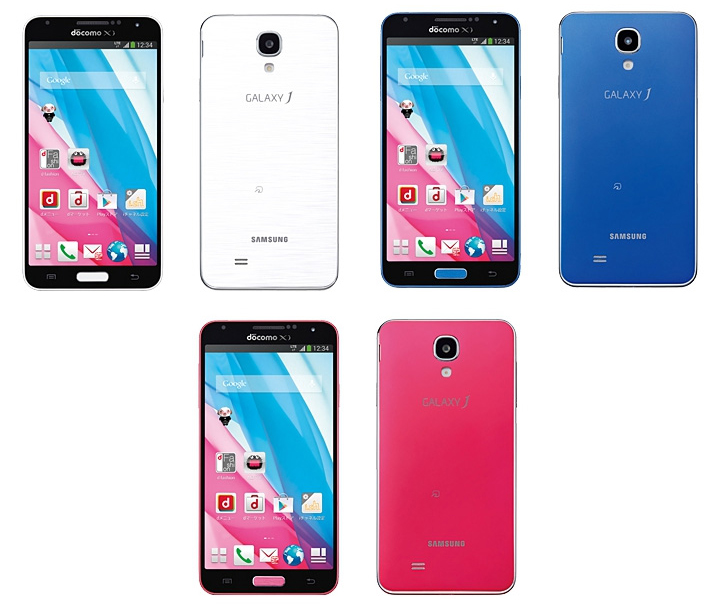 Nokia wasn’t the first smartphone maker to offer its smartphones in a variety of colors, but it looks to have started a trend by making its flagship and mid-range Lumia phones in various bold, bright colors. Apple followed Nokia’s lead last month when it launched the iPhone 5c, and now Samsung has taken a cue from the soon-to-be-former Finnish smartphone maker with its new Galaxy J. The handset moves away from Samsung’s typical, somewhat subdued color palette and is available in deep blue and hot pink in addition to a tamer white tone. Beyond that, it is very much a standard Samsung smartphone with cutting-edge specs that include a 5-inch full HD Super AMOLED display, a 2.3GHz quad-core Snapdragon 800 processor, 3GB RAM, LTE-A support, a 13-megapixel main camera, a 2,600 mAh battery and Android 4.3 Jelly Bean. The Galaxy J will launch in Japan by the end of the month, but no word yet on an International rollout.