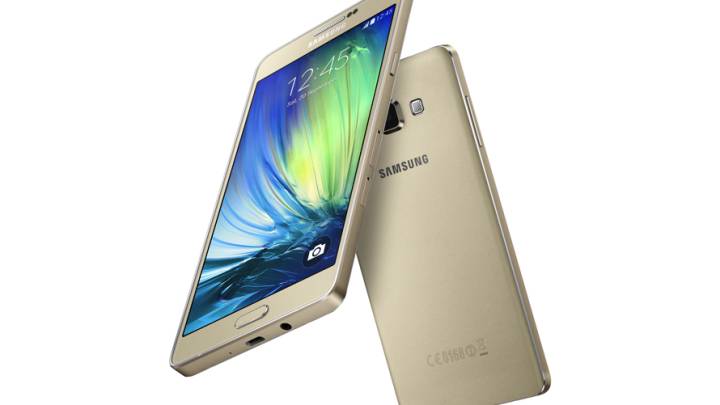 Samsung was relatively quiet on the mobile front at CES this year, but now that the event is over, the endless string of releases can resume. The company took to its blog on Sunday to announce the latest of its A-series devices, the Galaxy A7.

Much like the A3 and A5 before it, the A7 will feature a premium metal body and a design that looks strikingly similar to thta of another popular vendor’s flagship device.

READ MORE: Samsung is finally making metal phones, but they may have a serious design problem

“We strive to develop devices that appeal to a broad range of consumers and are ahead of the next big social trend,” said Samsung CEO JK Shin. “Combining both a stunning metallic design and a powerful performance, the Galaxy A7 is stylish while delivering the superior user experience.”

The specifications won’t blow anyone away, but the real draw of the A series is the impressively slim metal unibody. This is the largest phone in the lineup yet, but it’s still far slimmer than most devices its size currently on the market. There is no firm release date for the A7, but it is expected to reach several markets, including Malaysia, as early as next month.