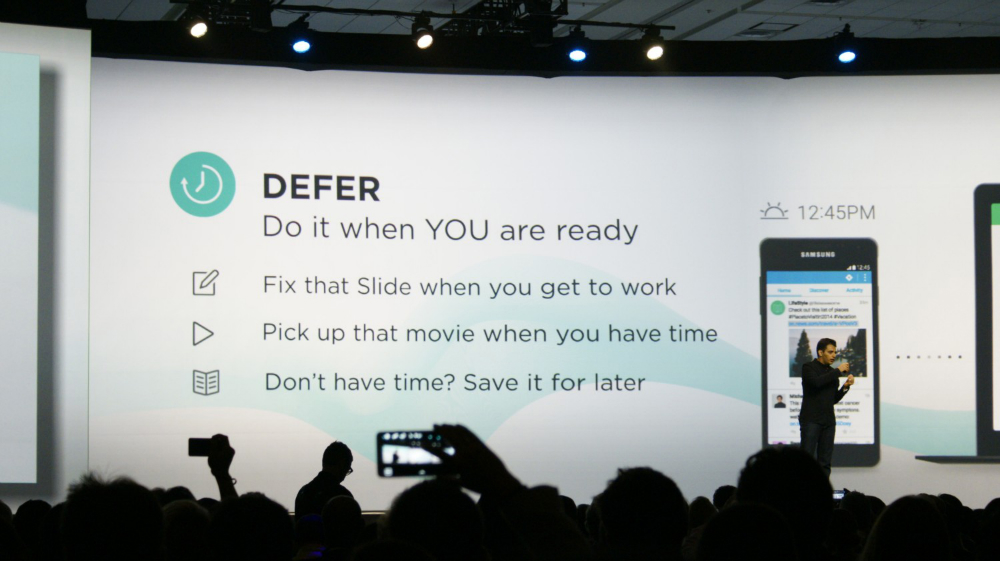 Image: The Next Web

Samsung at its developer conference this week unveiled a new product that’s supposed to offer Samsung device users a unified experience across devices, The Next Web reports, akin to Apple’s Continuity/Handoff features available for Mac, iPhone and iPad users. Called Samsung Flow, the new feature is supposed to connect a variety of Samsung-made devices, including smartphones, tablets and TVs, and offer users access to the same content when moving from one device to the other.

FROM EARLIER: A huge overhaul is coming to AirDroid, the awesome app that brings Continuity to Android

Flow has three components, including Transfer, Defer and Notify. With Transfer, users can simply move content from one Samsung device to another, with Defer they can pause activities on a device and pick them up on a different one, and with Notify they can receive notifications on other devices including calls, messages and low battery alerts.

Additionally, app developers will be able to integrate Flow into compatible devices in the future.

A video explaining how Flow works between devices follows below.