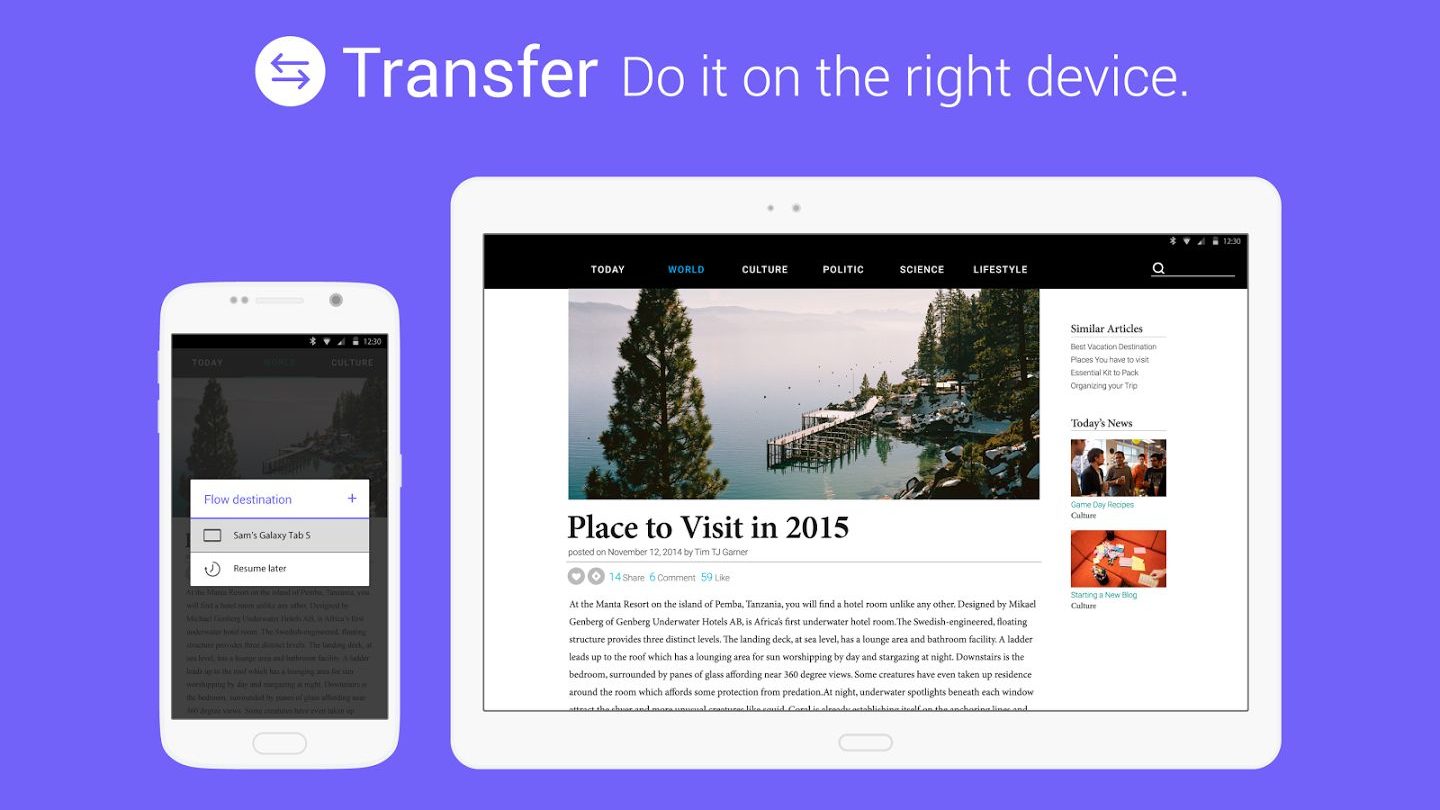 The timing couldn’t have been better. In the morning, Samsung managed to get its $930 penalty for copying the iPhone reduced by a substantial amount. Then, in the afternoon, Samsung released its copy of what is likely the best feature that Apple introduced last year when it rolled out iOS 8.

Apple’s iOS 8 software was packed full of great new features, but one stood out for many people as the crown jewel of the new OS: Continuity.

With this new set of functionality, Apple customers with multiple devices could share different kinds of data between them. For example, a user could begin reading an article in Safari on an iPhone, and then pick up right where he or she left off on a Mac computer.

Of course, it wasn’t exactly a surprise when Samsung unveiled its version of Continuity a few months later.

Now, with less than a month until Apple unveils iOS 9, Samsung’s Continuity copy is finally ready for prime time. Dubbed Samsung Flow, the app was released on Monday and is now available as a free download in the Google Play store.

Samsung Flow’s full description follows below, along with a download link.

Move your activity to the device best suited for it, or pause it and get back to it when you have more time.

Samsung Flow is a platform that allows applications to seamlessly transition your activities across devices and time. Using Flow, you can:
• Transfer an activity to the right device for a task. Pick up right where you left off rather than starting from scratch on the new device.
• Defer an activity when the right device is not immediately at hand or there just isn’t enough time to finish up a task. Resume it when you’re ready.

Flow supports existing applications through Android’s Share mechanism, allowing you to start transferring and deferring activities right away. Flow gets even better when developers provide a Flow action in their applications, allowing them to create truly seamless transitions across devices and time.

Developers, to learn how to integrate your applications with Flow, visit http://thinktankteam.info/flow/developers.html