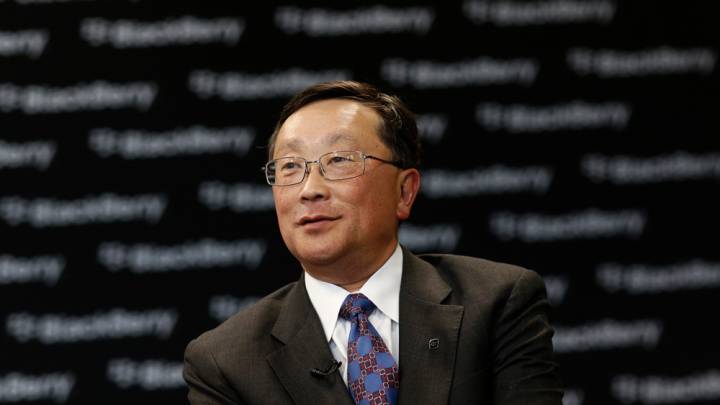 Although BlackBerry has officially been off the market for more than a year now, that apparently hasn’t stopped it from getting interested suitors. Reuters‘ Jennifer Ablan is reporting that Samsung has recently approached BlackBerry about the possibility of a takeover. Specifically, Ablan reports that Samsung is willing to buy BlackBerry “for as much as $7.5 billion, looking to gain access to its patent portfolio.”

For some perspective on what this proposed sales figure means, consider that a consortium led by Fairfax Financial wanted to spend $4.7 billion to take the company private back in 2013. This means that in just the last year and a half, the company’s value has appreciated pretty significantly compared to where it was in the dark days of 2013.

And indeed, Reuters notes that Samsung’s proposed “initial price range of $13.35 to $15.49 per share… represents a premium of 38 percent to 60 percent over BlackBerry’s current trading price.” Predictably, BlackBerry shares surged by nearly 30% in the wake of the report and closed trading at $12.60 on Wednesday.

What this would mean for the future of BlackBerry devices and services is unclear. It wouldn’t be surprising to see Samsung continue to make a small number of BlackBerry phones that would be sold mainly to people in government and highly regulated industries such as financial services that depend heavily on having secure mobile communications.

UPDATE: File this one under yet another false report of a BlackBerry merger. Specifically, Samsung has said that Reuters‘ report is completely “groundless,” while BlackBerry has said it “has not engaged in discussions with Samsung with respect to any possible offer to purchase BlackBerry.”