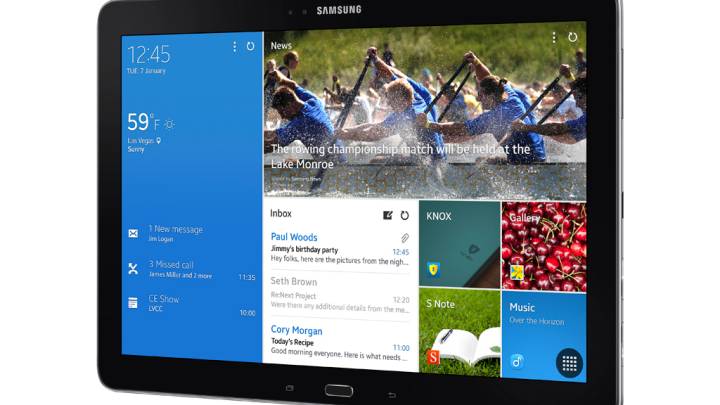 In a conference call with analysts following the announcement of its Q4 2013 financial performance, Samsung on Friday revealed that it plans to launch additional tablets with bigger displays and more phablets this year, ZDNet Korea reports. Samsung’s executive director Hyunjoon Kim said that the company has created a new tablet category with high-resolution big-screen devices for business including the Galaxy NotePro 12.2 and the Galaxy TabPro 12.2 that were unveiled at CES 2014, hinting that more models may be coming down the road. Furthermore, the exec said the company will create various tablet models around the Galaxy Tab family, modifying them for various needs.

Samsung appears to be doing to its tablet business what it did to its smartphone business in previous years – flood the market with multiple device types for different requirements and budgets – as it’s eyeing the top spot in the tablet market, a position that has been long held by Apple so far.

When it comes to smartphones, the company plans to launch even more “phablets” this year, with screen sizes from 5 inches to 6 inches.

“Samsung Electronics has established itself as the leader in the big screen smartphone market, starting with the Galaxy Note in 2011,” the exec said.

The company seems further interested in assuring investors that its mobile future is still strong, after downplaying the lack of growth compared to the previous quarter when it comes to mobile device sales in its latest earnings report. The company also said that it will dial down its marketing spending for mobile devices.