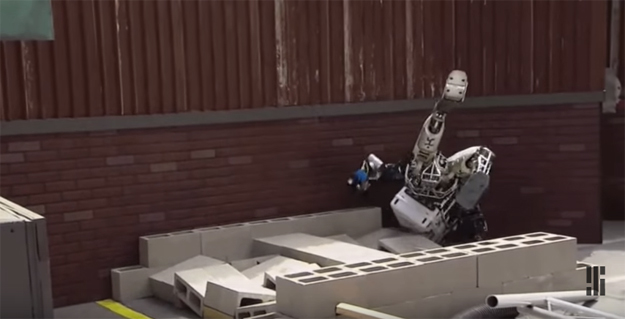 It is not at all hyperbole to say that the DARPA Robotics Challenge gives us a glimpse of the future. Robotics experts come together to have their hi-tech creations compete on a course that simulates a disaster area. As a result of efforts like these, robots will someday assist men and women in emergency response situations, helping to remove them from harm’s way whenever possible.

As it turns out, however, there are some hilarious bloopers to enjoy on the road to realizing that future.

The DARPA Robotics Challenge finals took place this past Friday and the technology on hand was mind-blowing. Teams of robotics experts from around the world came together to have their robots attempt to navigate DARPA’s course, and Team Kaist from Daejeon, South Korea took the top prize with its robot, DRC-Hubo.

Team Kaist walks away with a $2 million grand prize and bragging rights, and we walk away with a glimpse of the future… and a hilarious blooper reel.

IEEE Spectrum points us to a reel on YouTube that shows robots from the DARPA competition falling down while competing. It’s both heartbreaking and hilarious, and you have to take 73 seconds out of your day to see it.

Watch the full reel below.