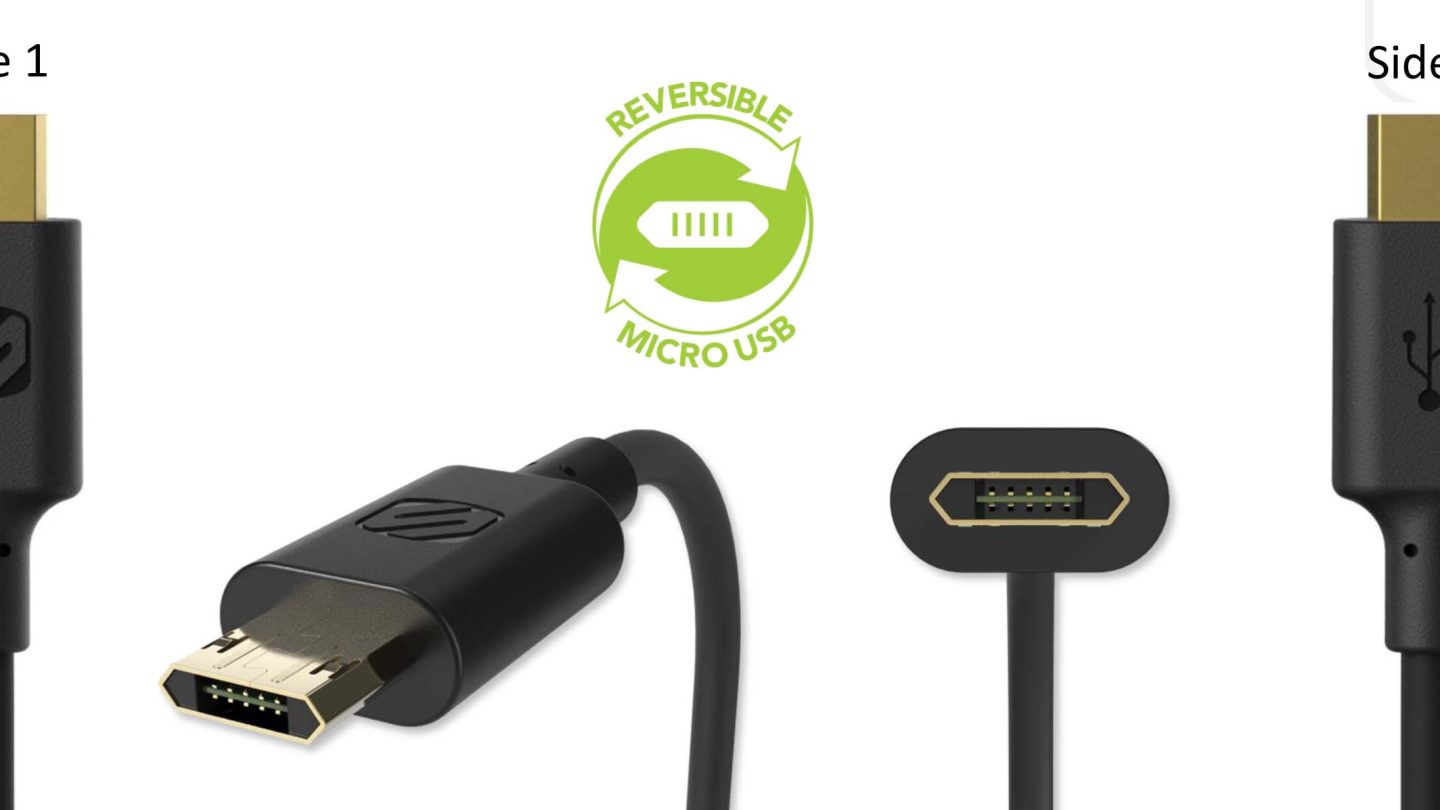 The word “finally” is used far too often on technology blogs, by tech PR, and even by reporters covering tech for big newspapers. There’s finally a Tinder for finding dog watchers. Really? Finally?

In this case, however, “finally” couldn’t possibly be any more apropos: There’s finally a line of micro USB charging cables with a reversible tip.

Apple’s huge “Hey Siri” event was certainly the talk of the town on Wednesday, but believe it or not there’s another big tech event that’s currently underway. CTIA 2015 in Las Vegas won’t bring us any new iPhones or a next-generation , but we are going to see some nifty announcements come out of the desert this week.

USB Type C has people excited for a few different reasons. One is faster data transfer speeds, of course, but the fact that USB-C plugs and ports are reversible is a big deal. Micro USB, the standard used far and wide across several different industries within consumer tech, is not reversible. And let’s be frank: You almost always try to plug your smartphone charger in upside down before flipping it and plugging it in correctly.

USB-C is already beginning to pop up in laptops, set top boxes and even on smartphones. The brand new OnePlus 2, for example, has a USB Type C charging port. It will be quite some time before USB-C proliferates, though. In fact, it will likely be several years before you can charge anything around your house with one cable, as you can right now with micro USB.

And that’s why Scosche has created a new line of micro USB cables with a special redesigned “EZTIP” tip that is reversible. While the connector on Scosche’s new cables is custom, it still fits any and every device on the planet with a standard micro USB port.

“The new EZTIP line of products will allow users to conveniently and easily charge and/or charge and sync all standard micro USB devices, such as smartphones, earbuds/headphones, portable speakers, portable backup batteries, tablets, digital cameras and more, by inserting the connector either side up,” the company said in a press release. “The new line of symmetrical connector products will eliminate the hassle of worrying about finding the correct side of the micro USB connector.”

Scosche has a range of products planned that will utilize its new reversible micro USB tip, but the first is a car charger it calls StrikeDrive.

The StrikeDrive 12 Watt, 2.4 Amp car charger features a 3-foot coiled cable and a standard car adapter plug that will fit any standard port. It also features the new reversible EZTIP micro USB plug, of course, which will connect to your phone or tablet properly the first time you try to connect it. This is especially important in cars, where fumbling with a cable while trying to plug in a smartphone can be very dangerous.

Scosche’s StrikeDrive car charger goes on sale beginning next month for $19.99, and it will be available for purchase on the company’s website. There’s no word yet on when a standard cable that can be used with a wall charger will be released, though the company says “a variety of charge and sync cables” with the EZTIP connector will go on sale before the end of the year.