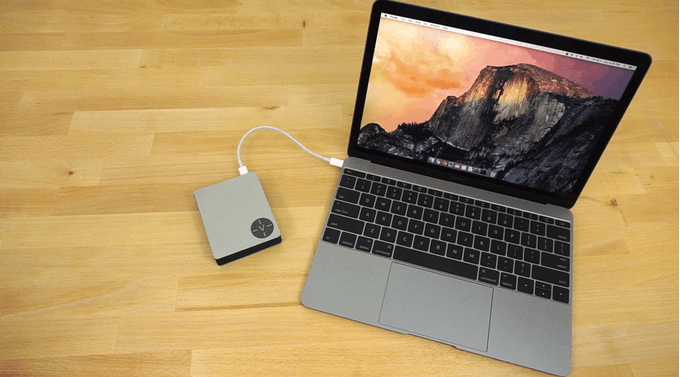 The Retina MacBook’s single USB-C port is troubling some potential buyers who are worried about not being able to plug all the accessories they want into the laptop. Not to mention that, without an adapter, the USB-C port isn’t even compatible with most peripherals you’d want to hook to the Mac today. However, there’s a new Kickstarter project ready to solve that problem: Meet Voltus.

No bigger than a passport, Voltus is a neat device that acts as a charger for the MacBook thanks to its internal battery, as well as an adapter thanks to its two USB 3.0 ports that let you connect any USB-ready device to the Retina MacBook, including iPhones and iPads.

Voltus comes in two versions, including a Voltus model that can give you up to nine hours of extra battery life, and a Voltus Pro that offers up to 13 hours of charge for the MacBook. The battery in it can also charge iPhones and iPads if you so desire, making it a perfect companion for the road.

The Voltus has already passed its $30,000 funding goal with 33 days left in the campaign and has already topped $50,000 in pledges. The cheapest unit costs just $99 (compared to its future $149 price) and should ship anywhere in the world starting with August.