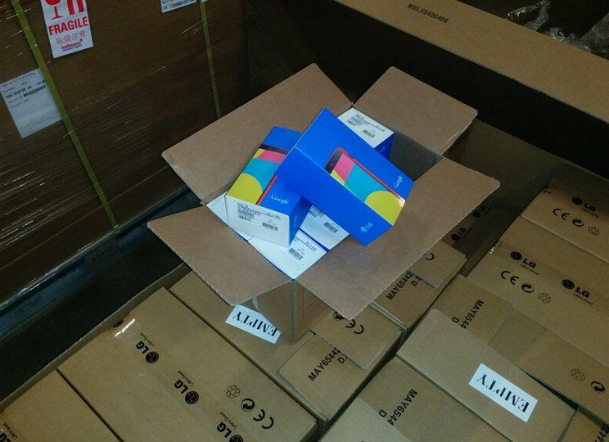 After initially being thought to be nothing more than an unsubstantiated rumor, the red Nexus 5 appears to be very real and may launch as soon as next week, according to Sprint documentation leaked by Android Police. The purported internal sprint document tells dealers that “Google Nexus 5 in red [will be] available in Google Play Stores” on February 4th.

A few days ago, a video claimed to show multiple color options for the Nexus 5, but turned out to be a fake. However, in the days that followed, images featuring the red Nexus 5 complete with actual retail packaging for the device started to surface online.

Then, a few days ago, Android Police’s Artem Russakovskii took to Google+ to post a few rumors related to new color option for Nexus devices. “A source recently reached out with the information about the red Nexus 5, ready in time for Valentines Day this year,” he wrote. “This was before any kind of mentions of the red N5 popped up on the web – and then suddenly a few days later, they did. This added credibility to the source, and that’s one reason I’ve been inclined to believe the red N5 pics were real.”

What’s more interesting about Russakovskii’s post is that he also mentioned a yellow Nexus 7 tablet option that will be released alongside the red Nexus 7. He was told that the new devices are only “a few days away,” with the source giving him a February 1 date that’s pretty much in line with the February 4 launch date mentioned in Sprint’s leaked documentation.

However, Google is yet to officially announce more color options for any of its Nexus devices.