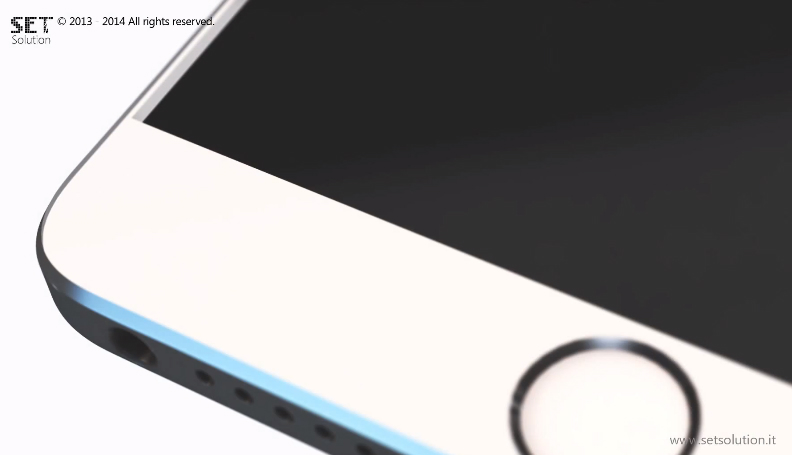 Following the plethora of iPhone 6 concept videos from many iPhone fans showing all sorts of wild creations, SET Solution now proposes an iPhone 6 concept that’s based on the “the almost realistic features” that have been detailed in the tons of new iPhone rumors around.

The new design, from a team that has created several other Apple product concepts in the past, imagines a larger iPhone model that appears to be a design mix featuring iPhone 5c and iPod nano elements. This iPhone has rounder edges, volume and mute buttons like on the iPhone 5c, with the device possibly sporting a metal back. Furthermore, the handset packs a Home button with an improved Touch ID fingerprint sensor, and a large, edge-to-edge 4.7-inch 1920 x 1080 (Full HD) screen protected by a “superstrong Sapphire crystal” glass.

Apple is said to launch at least one bigger iPhone model that would share certain design lines with previous iPhone and iPod models, use Sapphire glass for the display, pack a faster A8 processor and an improved camera, even though that doesn’t necessarily mean a megapixel count increase is in order.

The video showing this new iPhone 6 concept follows below.