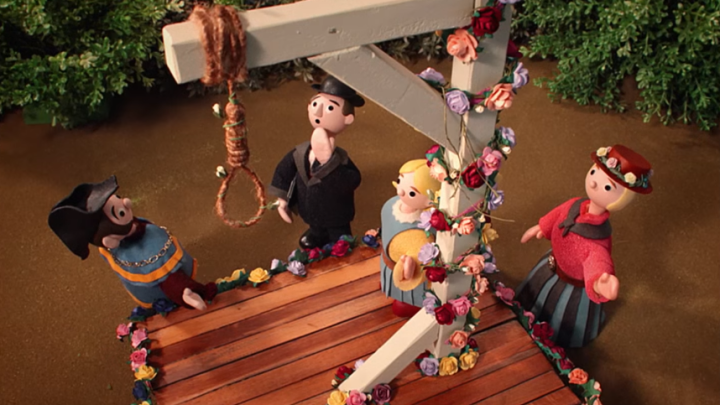 Radiohead have kept their fans in suspense for the past few days and now they’ve finally delivered something. A couple of days after the band erased itself from all its social media accounts, it has now released a video on YouTube for a new track called “Burn the Witch” that will appear on its highly anticipated ninth studio album.

FROM EARLIER: Dish Network’s new game-changer has nothing to do with TV

As is normally the case with Radiohead, both the song and the video are pretty spooky. It’s all done with stop-motion claymation characters and it seems to involve a colonial-era town that has a penchant for implementing bloody executions. The lyrics are your typical happy Thom Yorke fare: “Stay in the shadows / Cheer the gallows / This is a round-up / This is a low-flying panic attack” and “Red crosses on wooden doors / If you float, you burn.” Cheerful!

As a longtime Radiohead fan, I don’t think this track is quite as good as some of the previous first singles they’ve put out from albums — “Paranoid Android,” “Pyramid Song” and “There, There” are pretty tough to beat — but I like it a lot. In particular, I really like Jonny Greenwood’s orchestral arrangement and the way he uses staccato strings to build up tension.

All told, a promising first effort for one of my all-time favorite bands. Sadly, however, we still have no word on when the band’s full ninth album will drop. The band is scheduled to start performing gigs later this month, so it’s a good bet that we aren’t that far away from a full release, however.